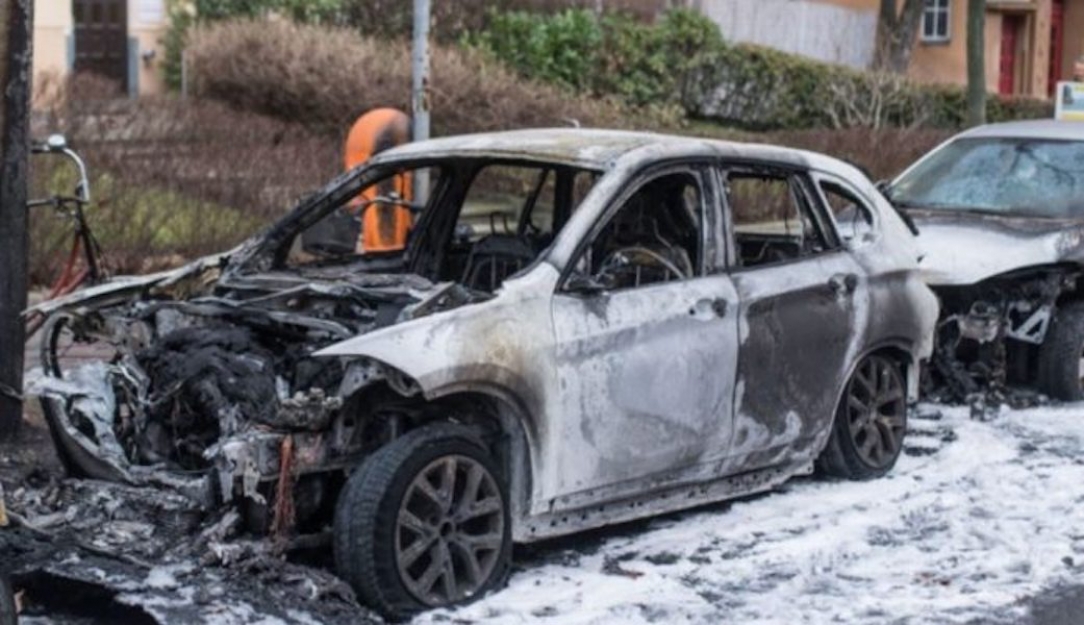 The BMW owned by Protestant Christian and chief columnist for the Berlin tabloid journal "B.Z." was completely burned during the attack on New Year’s Eve and two more cars were damaged. Police opened an investigation.

The "Autonomous Feminist Cell" (Feministische Autonome Zelle) claimed responsibility for the attack in a letter posted on indymedia.org in which they criticized Schupelius for upholding Christian values and his sympathies for the March of Life. They claim that Christian charity "only applies to those who submit to the concept of heteronormative worldviews" and that he was a target, since he served "as a spokesman for racists, right-wingers and reactionaries in all fields."

The district mayor of Charlottenburg-Wilmersdorf, Reinhard Naumann (SPD), said the alleged letter of confession was being analyzed by the state security. "If the information contained therein on left-wing extremist authorship is confirmed, then the same applies here -- as with right-wing extremist or radical-religiously motivated acts of violence -- that the state monopoly on violence must remain untouched." Schupelius and his family have "the full solidarity of the district office," said Naumann.

The chairman of the German Association of Journalists also condemned the attack, calling it "a disgusting attack on press freedom."

Bishops of the Protestant as well as the Catholic Church released a joint statement condemning the act. "We are shocked and outraged by the violent attack against the journalist Gunnar Schupelius and about the threats against his family,” said the Bishop of the Evangelical Church of Berlin-Brandenburg-Silesian Upper Lusatia (EKBO) Christian Stäblein and Archbishop of the Archdiocese of Berlin Heiner Koch. Noting that freedom of expression and human rights are the greatest asset in the country, they said "We strongly condemn all acts of intimidation and violence against dissenters."

Schupelius himself has said that he enjoys the exchange of views "in the sense of an intellectual debate," even when such a debate creates friction at the "discussion level." However, the perpetrators left the discussion level with the arson attack. He said he hoped that Germany could embark on a "civil and orderly debate."

However, he sees freedom of expression in Germany as endangered. "In my opinion, the willingness to deal with dissenting opinions is decreasing -- so much so that one has to ask oneself whether there can still be a meaningful public debate at all." Leftists claim represent values such as tolerance and the right to express opinions, but, he said "it is really a paradoxical situation. These are people who claim to be fighting for the right thing. This includes tolerance towards dissenters, but they don't believe in that."

This arson attack on Schupelius's car was not the first experienced by the journalist. His car was previously set on fire in March 2014.

On December 27, several activists set a minibus on fire in front of the conference center of the evangelical church TOS Ministries Tübingen in southern Germany. "Autonomous Feminist Cell" claimed responsibility for that attack, as well. Read more here.