Vandalism and Theft in Borgolavezzaro Church 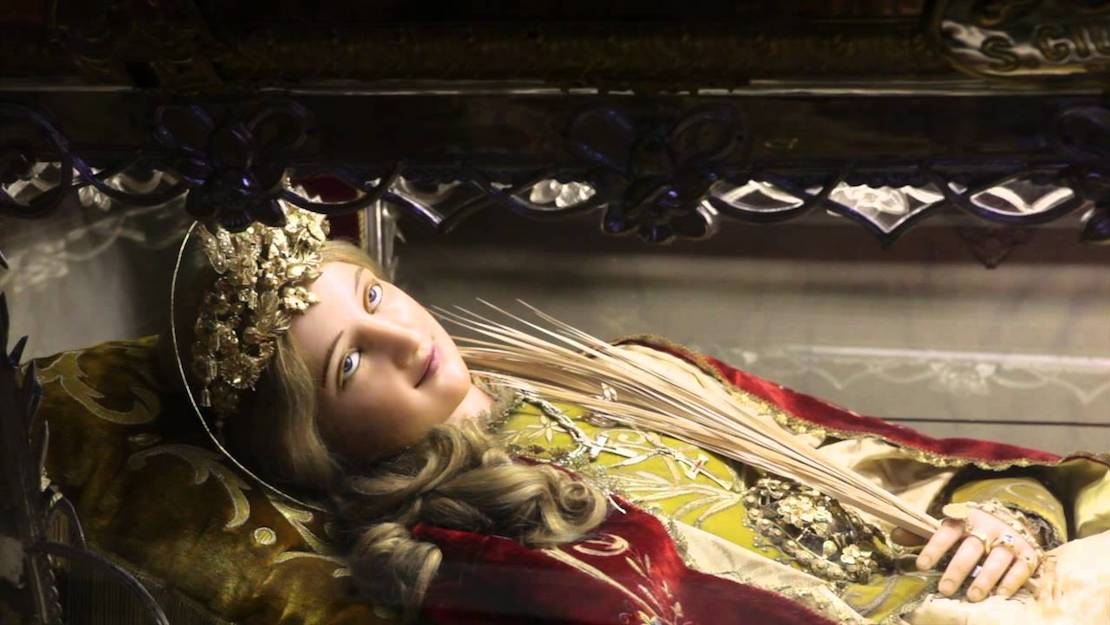 Just before 4 pm on January 10th, at least three men entered the church of Santi Bartolomeo e Gaudenzio and broke through the thick glass case of the shrine carved out of a side altar containing the containing the urn of Santa Giuliana, patron saint of the town. Using a crowbar, the thieves also broke the glass of the urn and stole a rosary crown, a gold crucifix, rings, and other valuables worn by the patron saint's mannequin. The figure's left hand was the most damaged, with two destroyed wax fingers.

"It is a powerful statement against our community that leaves us with a great sense of bitterness... We are talking about little money, but to do so they have violated one of our landmarks, a few weeks before the patronal celebrations," said parish priest Don Gianfranco Regalli. "The patron saint's festivities are a month away," he explained, "the action carried out by the three thieves has all the characteristics of a theft on commission."

The cameras of the municipal video surveillance recorded the movements of the thieves who did not cover their faces. After the theft, they fled the scene in a BMW. The license plate of the car was recorded and police are investigating.