Fire in Loire Church During Mass 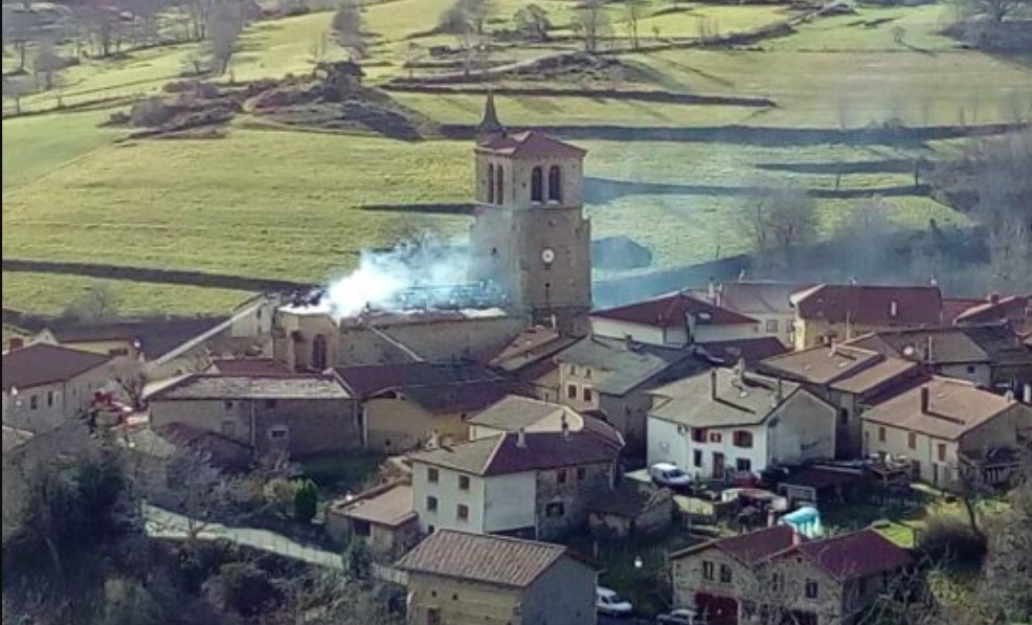 In Saint-Just-en-Bas (Loire), 300 m² of the roof of the local church went up in flames on Sunday, December 15, during the morning Mass. An official of the commune sounded the alert when he saw an unusual smoke coming from the nave. The church was evacuated and no casualties were reported. The cause of the fire is under investigation.

“An elected official entered the church during the reading of the Gospel, urging us to leave quickly. We could see that there was something serious,” said Father Christian Defrance, who was celebrating Mass. Fifteen firetrucks and 45 firefighters were deployed to put out the flames.

The church was renovated last summer, with work estimated at €200,000. “We are pretty depressed because the roof was new. The work of this summer went up in smoke and we will have to start all over again," said Nicole Ferry, the mayor of Saint-Just-en-Bas. We hope that the insurance will be comprehensive because we will not have the means to carry out such an important work again. The priority is to put a tarp on the roof which is open to the sky at the moment."

The interior of the Gothic building was not damaged. It contains valuables classified as Historic Monuments. It will be closed until further notice.