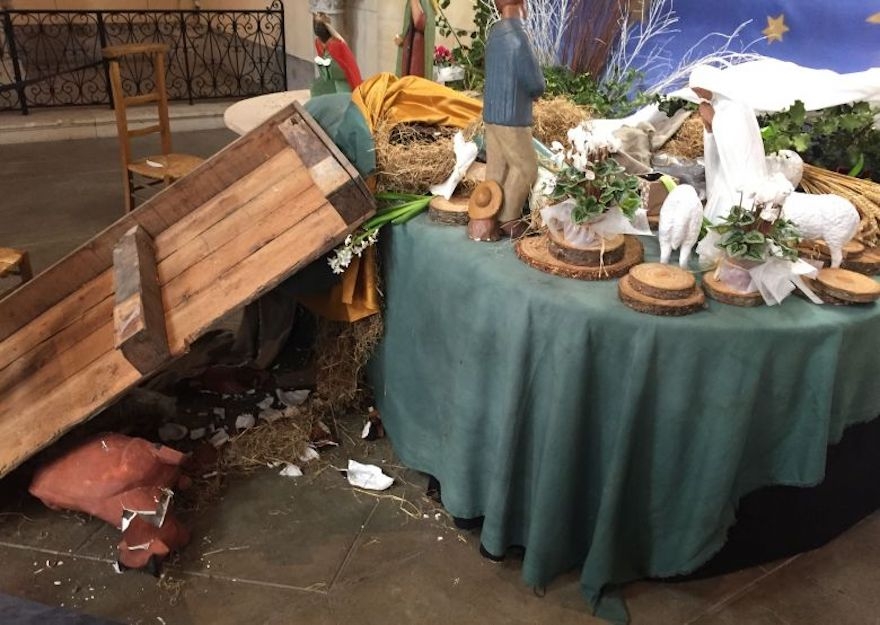 Monsignor Lebrun said in a press release, "Every year, thousands of anti-religious acts are recorded. Desecrated cemeteries, tagged religious buildings and evil intrusions are worrying signs. Respect for religious convictions and their symbols is constitutive of the dignity of the human person, proclaims the Universal Declaration of Human Rights. Doesn't wanting to erase faith and its signs from the public arena lead one to think of them as enemies of society? Is education for secularism failing?"