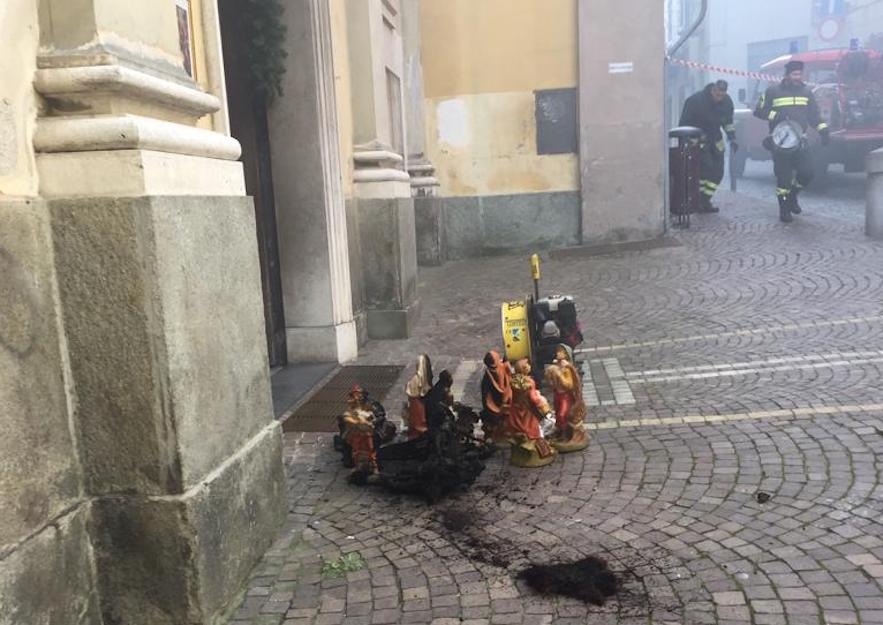 The Bishop of Ivrea, Monsignor Edoardo Cerrato condemned the incidents during a January 5th Mass:

"It is something that deeply hurts the heart. The problem is not who did this because the investigations will probably find out. The problem is why? Why? Because in a city like Ivrea, because in an Italy that everyone says is more religious than other peoples, about twenty similar cases were recorded in these holidays, with crèches damaged and statues of the infant Jesus removed. Why? Let us leave an answer to the heart of each one of us. But they are signs. Let's not reduce them to a prank. I saw what was left in the church of San Maurizio: goosebumps. It was not just a prank."