Christ Statue Stolen from Crib; Beheaded and Abandoned in Cemetery 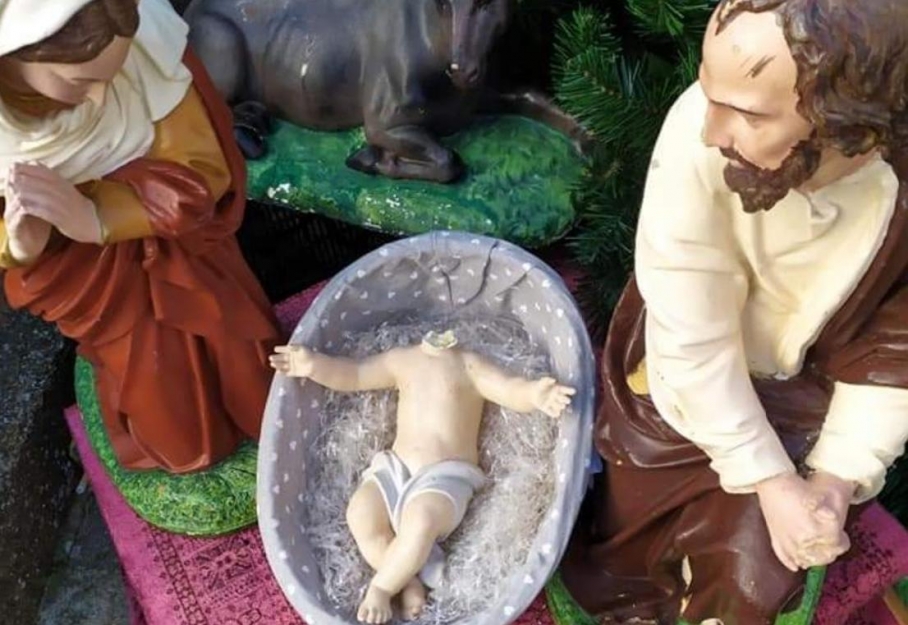 A statue of the Christ child, placed in the manger of the nativity scene in front of the parish church of Arbus, in southern Sardinia, was beheaded by vandals. The head was left in front of the municipal cemetery. After it was found, the head was glued back on to the body, but the local community was shocked.

The mayor Antonello Ecca condemned the incident on Facebook:

"Don Ortu told me about this idea of placing the crèche under the Christmas tree in the square of the parish of San Sebastiano. I was very happy and he said 'I don't think anyone will touch him.' I replied, 'no one would dare and everyone will appreciate it.'"

"I was wrong on the first point. It is serious that today there are still people capable of committing an unspeakable gesture like that of having damaged the crib. The whole community has appreciated the signs of Christmas present throughout the country. Ruining the crib does not only mean damaging the good of all, but it also strikes at the heart of our Christianity".