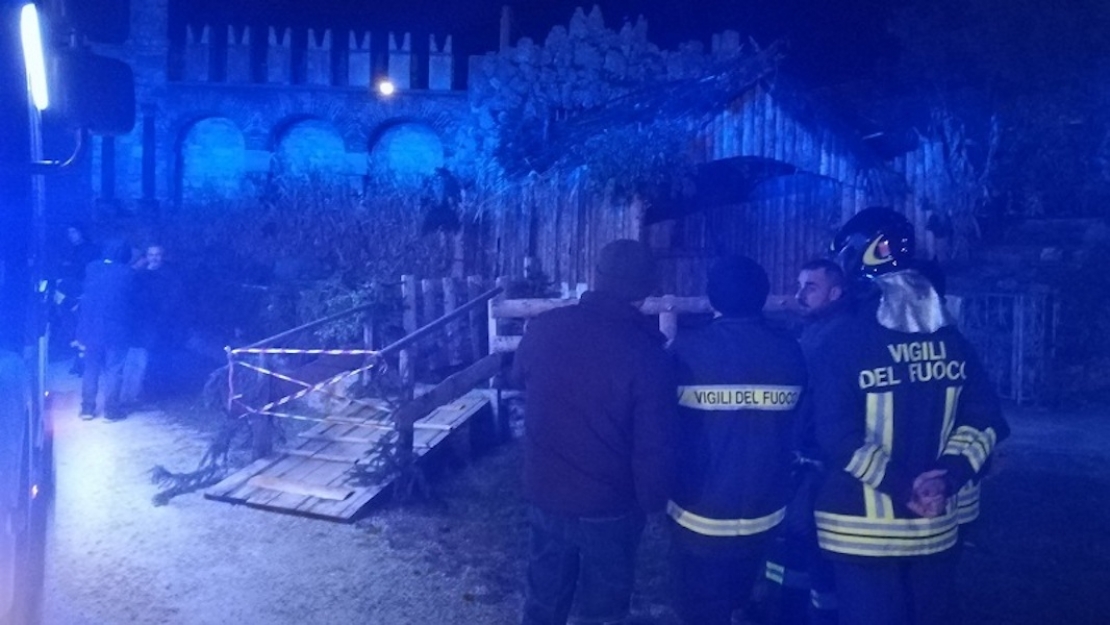 At 10:15 p.m. on December 24th, unknown arsonists set fire to the roof of the set of a live nativity performance in Revine. The scene, made with wooden planks and poles and covered with reeds that volunteers had recovered a few days earlier from nearby lakes, was located in the churchyard of the church of San Matteo. A bottle of alcohol and a pair of building site gloves, tools used by arsonists to set the fire, were found on the ground. Two teams of firefighters from Vittorio Veneto rushed to the scene and managed to tame the fire before it could affect the wooden structure.

"A rapid intervention isolated the flames and limited the damage to the roof," Mayor Massimo Magagnin said. "Having found alcohol on the ground and given the weather conditions, there was no doubt about the arson of the fire. The Carabinieri have thus sealed the area and only on the morning of December 26th the volunteers were able to restore the roof in time for the first performance [of the live nativity]."