Jesus Statue Beheaded in the Crèche of Caprino Veronese 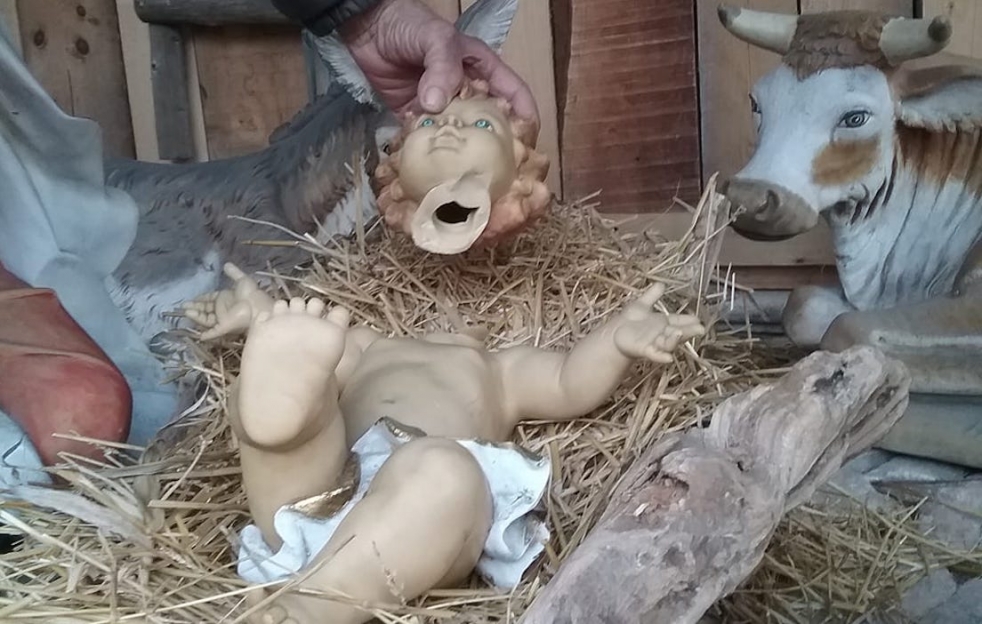 Parishioners at the New Year's Day Mass learned from the priest that the statue of Jesus was no longer in the cradle in the nativity scene in Piazza San Marco in Caprino Veronese because it had been decapitated the night before.

According to reports, Gianni Gennaro, the parish priest of the church of San Maria Maggiore, did not file a complaint with the police, but he did condemn the incident in the first Masses of the year and on social media, publishing the photo of the beheaded baby Jesus on Facebook.