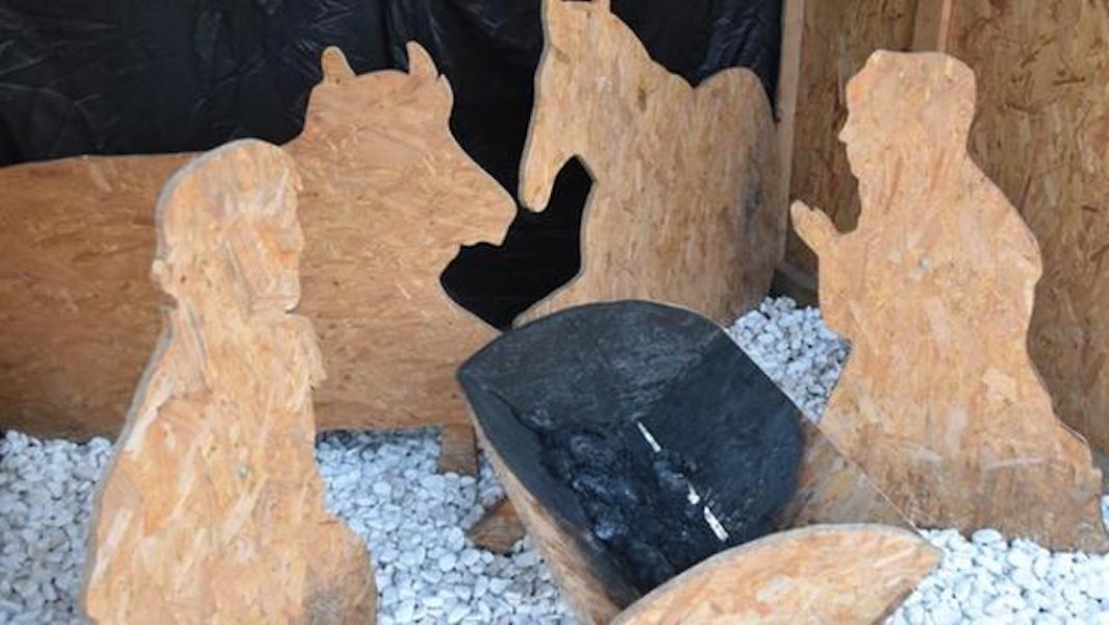 Inhabitants of Pedemonte were shocked to discover that the figure of the baby Jesus in the nativity scene erected in the Piazza San Rocco church square was burnt on New Year's Eve. Only the charred remains of the figure were left inside the blackened wooden cradle.

While media reports indicate that the fire could have been the result of firecrackers being set off in the square, photographs appear to illustrate that the only part of the nativity scene affected was the cradle and Jesus figure.

The blackened cradle will remain on display in the Pedemonte church square until February 2nd, the Candlemas festival, with a new statue of the child. The decision to display the blackened cradle was made by the parish priest, Father Alessandro Castellani, with his parishioners. "I wanted to leave the mark of this cradle to help us direct our feelings in the right direction," wrote Father Alessandro in the parish bulletin. "Just as it was painful to see a symbol of our faith vilified, a symbol will help us to start again."

The Pedemonte community reacted to the vandalism by staging a small living nativity scene in the square on Epiphany, after the Mass: the infant Jesus represented by a newborn in the arms of his parents, received the visit and the tributes of the Three Kings, played by people from the town.

"I am not so much interested in going in search of those responsible, nor would I want the meaning of this cradle to be a surrender to the stupidity and paucity of the human soul. This gesture makes us aware of the duty to put Jesus back at the center of our lives," wrote Father Alessandro.