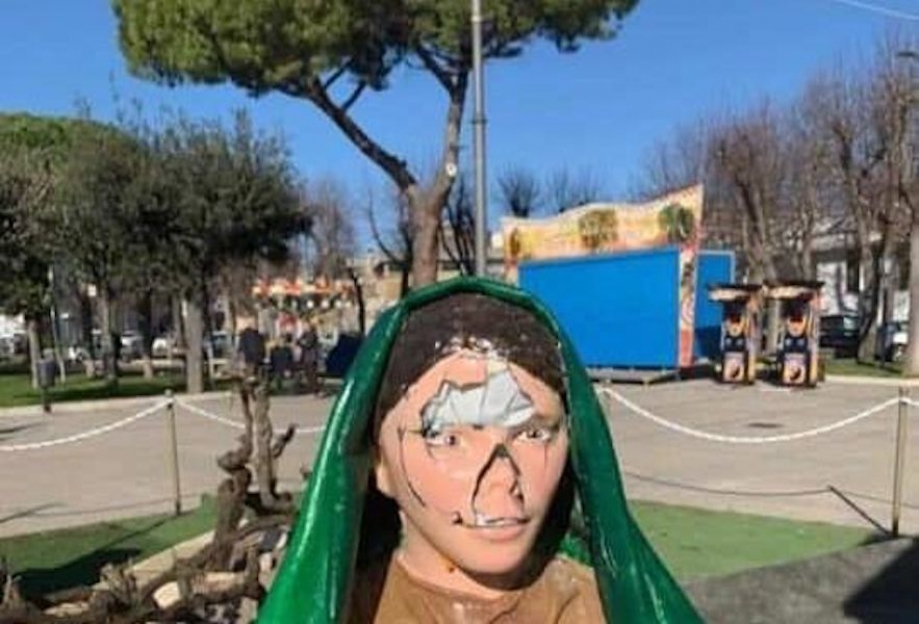 Statues in the nativity scene in Piazza della Libertà, Lizzanello (Lecce) were vandalized by unknown perpetrators during the night of December 31st. The faces of several of the handmade statues were smashed.


“Having fun hitting Christmas figures is a sign of a very serious state of barbarism, not only because a symbol of Christianity has been hit, but above all because the months of work of months and many workers who believe in that symbol has not been respected," wrote l’Associazione culturale Paladini Feste on Facebook.