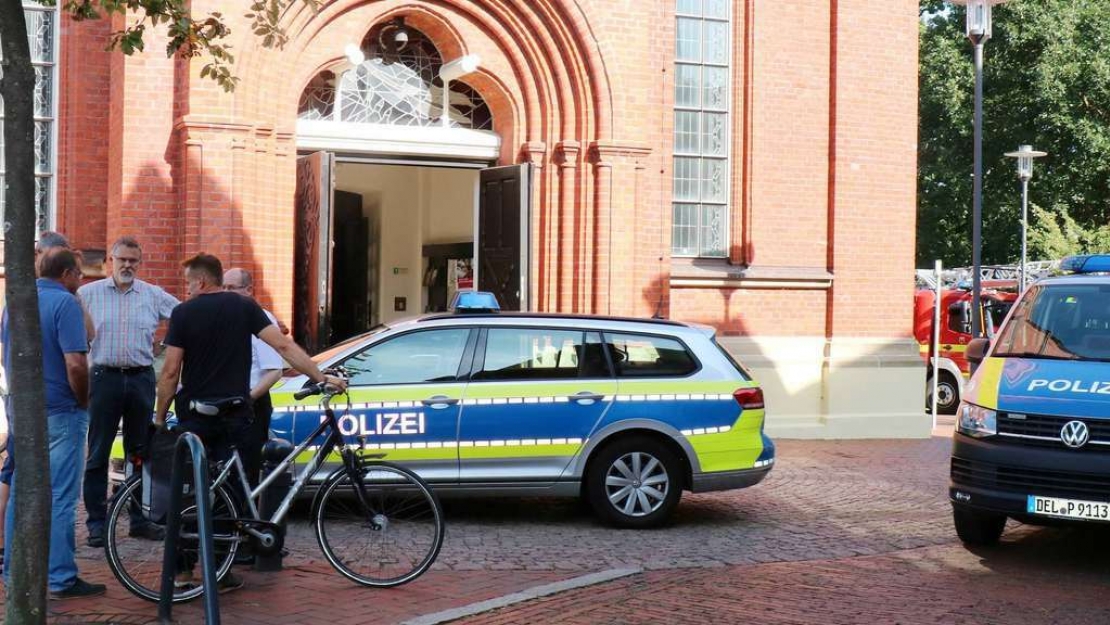 Unknown perpetrators attempted to set fire to parts of the St.-Peter Kirche in Wildeshausen on August 30th at around 3 p.m. They lit hymn books on the stairs to the organ loft with sacrificial candles, but they did not catch fire. The perpetrators then apparently lit a hymn book and the seat cushion of a row of benches with matches and the candle flame. The cushion burned over the entire length of four meters but fortunately, the wooden benches did not catch fire. Damage from the smoke generated by the burning cushion caused extensive damage to the interior of the church and organ.

Due to extensive cleaning work, the damage was estimated at around 100,000 euros and the church's pastor said they would have to "re-think" leaving the church open during the day.