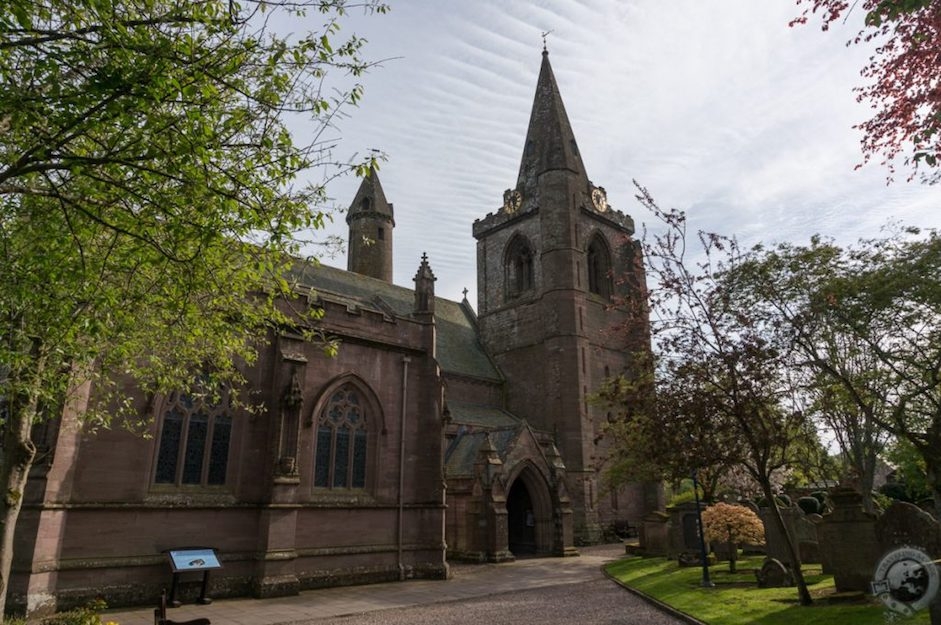 On February 24th, swastikas, names, and arrows were discovered scratched on the stonework of the 800-year old Cathedral of Brechin in Angus, Scotland. A few days later, vandals carved "F*** you Jesus" on the building. Police opened an investigation and a group of juvenile girls were suspected to be responsible for the acts which were described by a church elder as "totally repulsive."

“This is totally repulsive and that the girls involved have no idea of what desecration means and to use the style of language as shown shows total disrespect”, said church elder Mr. Milne. “Where we would give these young persons the benefit of the doubt regarding their awareness of the misdemeanor then, this has now to be considered criminal damage and willful distruction.”

“This has to stop now. The parents, who are in some cases the legal guardians and responsible persons, must be brought into this.”

Session clerk Douglas Taylor said: “Enough is enough.” He fears carving a name on to the south wall of the building is now being seen as “a badge of honour.”

Rev. Richard Frazer, convener of the Church and Society Council said: “Any vandalism that damages a church is disappointing, but to see swastikas used to deface any building is horrific.

“This kind of hate crime shows how important it is for all of us to recognize and speak out against anti-Semitism and all forms of prejudice wherever it appears.”

Sources: The Courier and The Scottish Sun