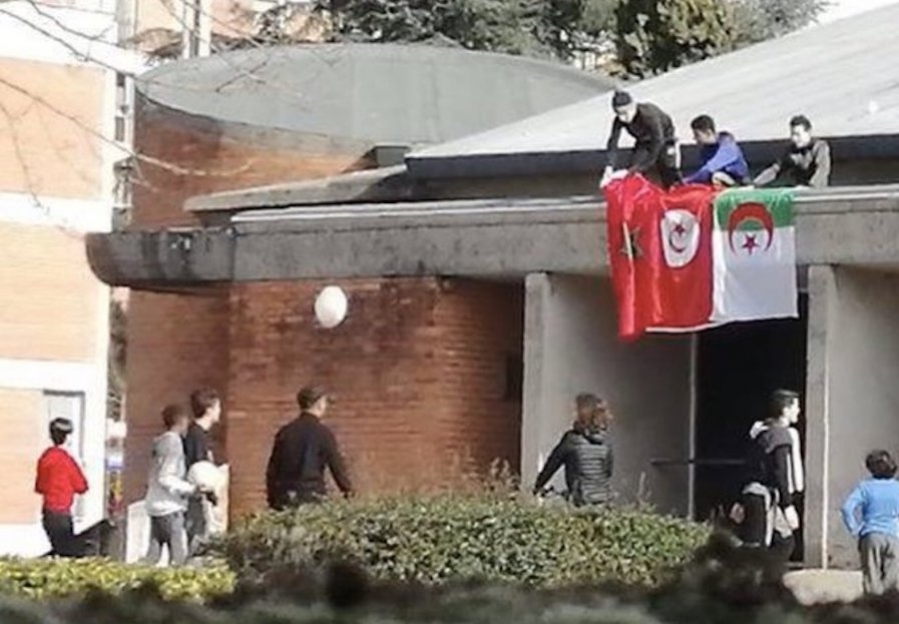 The priest also called the incident "provocation coupled with stupidity and malice" against a symbolic building. "Obviously, the young people went up just long enough to be photographed." Although he filed a police complaint the following day, the priest has called for calm responses to the incident.

Henri de Beauregard, the lawyer for a family of Catholics who were on a bus attacked by leftist extremists on January 19 in Caen said the incident evokes “a very strong symbolism, carrying great violence, in this quasi-military manner of putting a flag on a monument."

"The climate in France is becoming worrying. This is why, gradually, the Church is beginning to turn to the courts. The investigation will make it possible to find out what these young people had in mind and to distinguish between foolish provocation and deliberate political action."