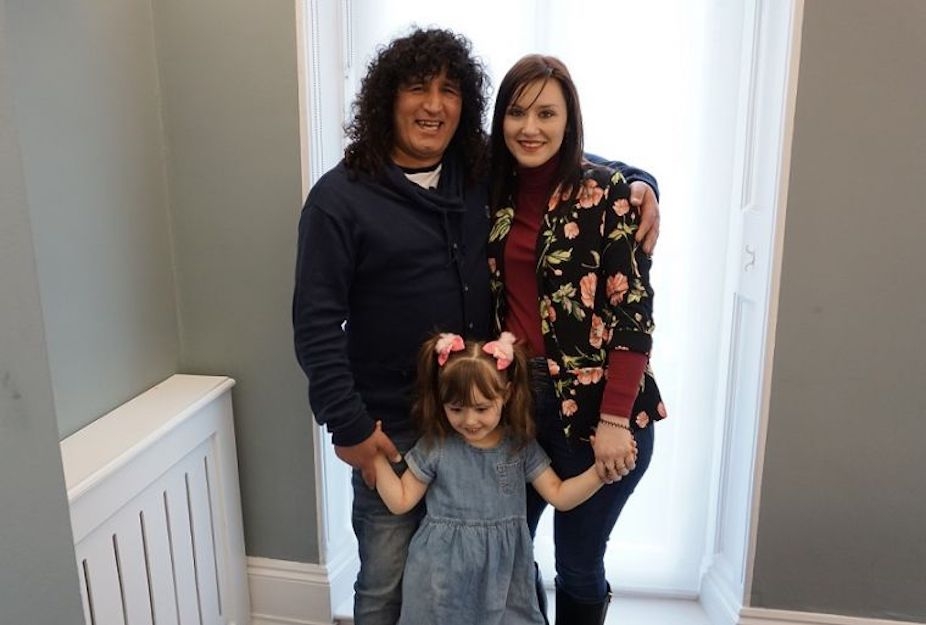 Reza Karkah, an Iranian Christian, faces the prospect of imprisonment, torture and separation from his wife and child after the UK Home Office rejected his application for asylum on the basis that he was ‘fabricating’ his Christian faith.

Reza Karkah, 38, lives in Bradford with his wife Leigh Riley and their four-year-old daughter, Rosie. He is facing deportation back to Iran after a tribunal in 2018 concluded that deportation would not "expose him to a real act of persecution."

Mr, Karkah came to the UK in 2003 but his initial asylum bid was rejected a year later. He became a Christian in 2015 through a local church's outreach programme. He has been active in his church, being involved in outreach to Iranian Muslims and translating church services from English to Farsi.

His second asylum application in 2016 was rejected when the judge ruled that he had fabricated his Christian faith on the basis of the answers he gave to 150 questions in which he failed to correctly identify who betrayed Jesus and the denomination of his independent evangelical church. He also failed to answer a question on his favourite Bible passage, which the CLC said was because he had misinterpreted the word 'passage'.

The official further deemed that separation from his British wife and child would "not be unduly harsh."

Bishop Michael Nazir-Ali, who came to the UK after experiencing persecution in Pakistan, met Mr Karkah and his wife, and said he found them to be "entirely sincere in their Christian faith and life."

"We continue to encourage the authorities in Iran to respect fundamental freedoms but it remains a dangerous place for Christian converts from Islam and Reza is at real risk of losing his liberty or even his life, whether judicially or extra judicially and deserves protection for himself and for the sake of his young family," he said.

Andrea Williams, CLC chief executive, said that the Home Office has "not properly understood the nature of Christian faith or the scale of the challenges faced by Christians in Iran".