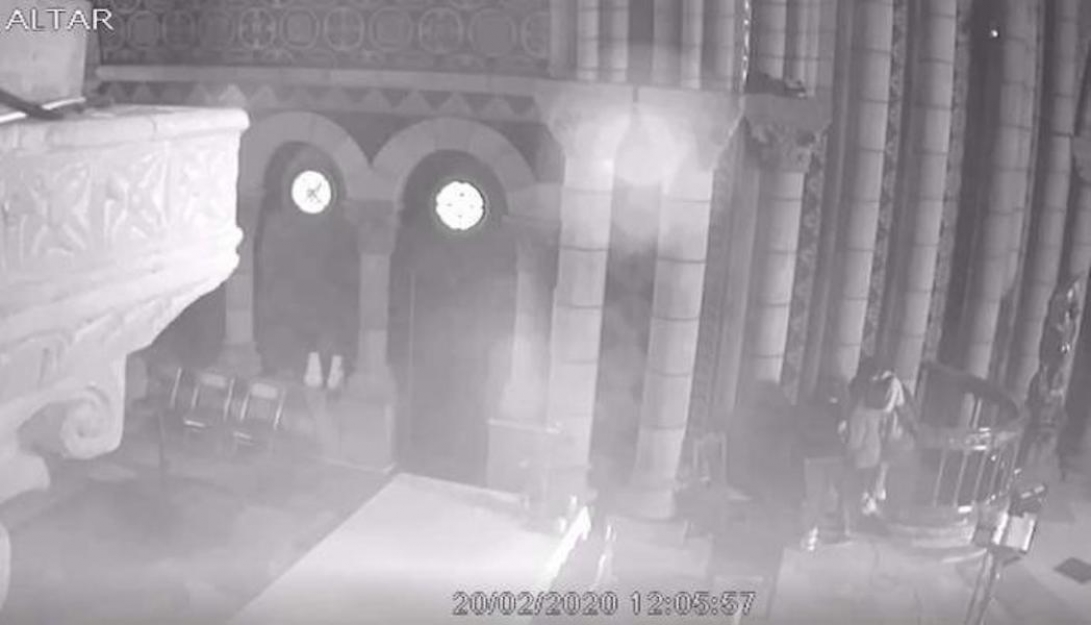 National Police reviewed the security cameras of the church of San Pedro de La Felguera to try to locate the four young women who caused at least 600 euros in damage inside the church on February 20th. Video recordings revealed that the young women entered the church, used and stole two of the microphones, sat on the altar, burned candles and set fire to books and the altar cloth.

Ángeles Mortera works as a parish administrator and was the first to encounter the destruction. "As soon as I entered, I began to smell burning, but I thought it could be from a candle. When I saw the damage, the security cameras were checked and I was shocked." She explained that she was partly surprised by what happened and partly because she recognized the alleged perpetrators. "They were there for the first time at 10:30 in the morning, an hour and a half earlier. I greeted them and asked them if they wanted anything, but they said they just wanted to visit the church. They looked like normal girls, they were young but I couldn't tell how old they were. After a while they left. When they came back, at about twelve o'clock, as recorded on the cameras," Mortera continued, "I was gone. In the video, one can identify them perfectly. They went in front of the altar and there you can see how they set fire to the tablecloth. No door was forced because the church is open at that time.

"There was no intent to steal. One of the girls was speaking into the microphone, they were sitting on top of the altar and at one point in the [security camera] recording they were also seen dancing, as if mocking. It's a desecration, to come and hurt and offend the Christians. Sometimes people enter the church, as happens in other churches, with an intent to steal," Mortera said, adding: "This was different. Other times the damage is economic; this is a mockery of religion and of Christians".

"We don't know," added the parish priest, "if they came to play a game, a bet, to desecrate or what, we won't know the reason until they are caught. The parishioners are scared, worried and hurt".