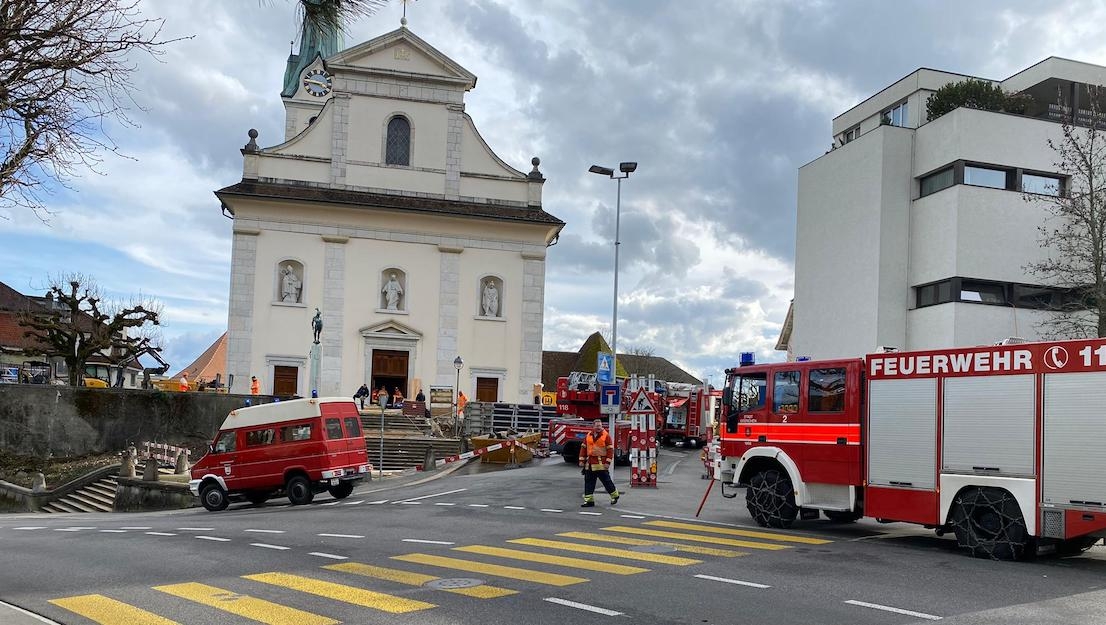 On the afternoon of March 3rd, an arson attack was committed in the Eusebiuskirche in Grenchen. Fortunately, the fire was discovered before major damage was caused. The police are looking for witnesses.

Unknown individuals crumpled up newspapers by the stairs to the organ in the gallery of the Roman Catholic Eusebiuskirche in Grenchen, and lit them. Another newspaper was half stuck under a carpet on the wooden floor at the entrance and also set on fire.

"According to an initial estimate, the furniture was damaged by several hundred francs and the church had to be ventilated by members of the Grenchen fire brigade," the Solothurn cantonal police announced.

Around 30 firemen were on site with several emergency vehicles.

It is not the first Solothurn church in which a fire was deliberately set. On January 4, 2011, a mentally disturbed man deliberately set fire to the Solothurn Cathedral of St. Urs. Although the fire was quickly extinguished, the property damage was large.