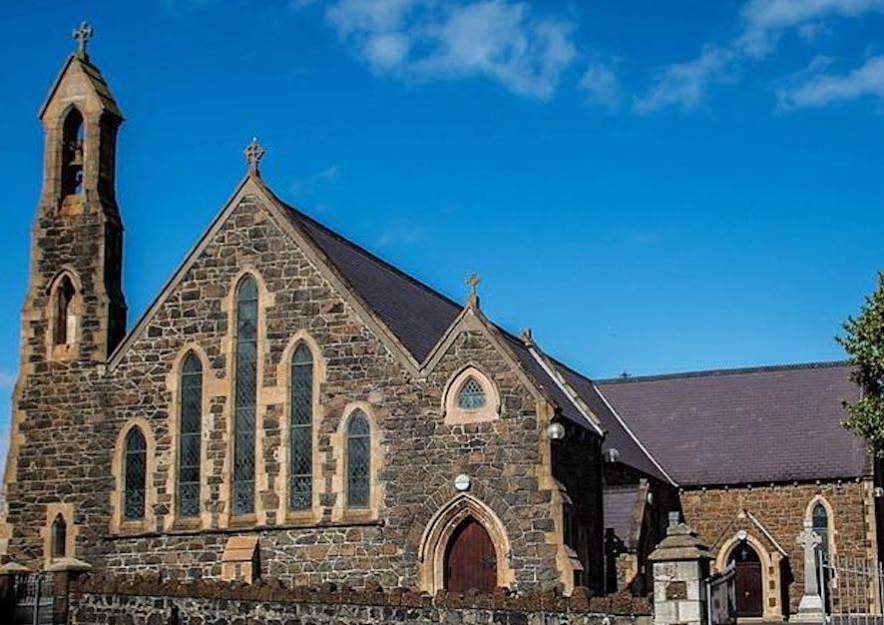 During the night between the 15th and 16th of February, an unknown perpetrator threw a paint bomb at St. MacNissi's Parish Church in Larne. The police treated the incident as a sectarian hate crime as they investigated and searched for witnesses.

"I am getting reports every week of sectarian attacks in Larne (Northern Ireland), verbal attacks, physical attacks. There seems to be nothing getting done. The church will be cleaned up but the Catholic population is gutted by this. You don't touch a church," said Sinn Féin Causeway Coast and Glens councillor Oliver McMullan.

Alliance councillor Gerardine Mulvenna observed:" It was totally inexcusable to attack a place of worship in this way. Everyone has the right to worship as they see fit without fear of intimidation or attack. Whoever damaged St. MacNissi's must be condemned in the strongest possible terms and I would urge anyone with information to pass it to the police as soon as possible. As a society we will not tolerate attacks on places of worship and the rule of law must apply."

Sources: ITV and The Irish News