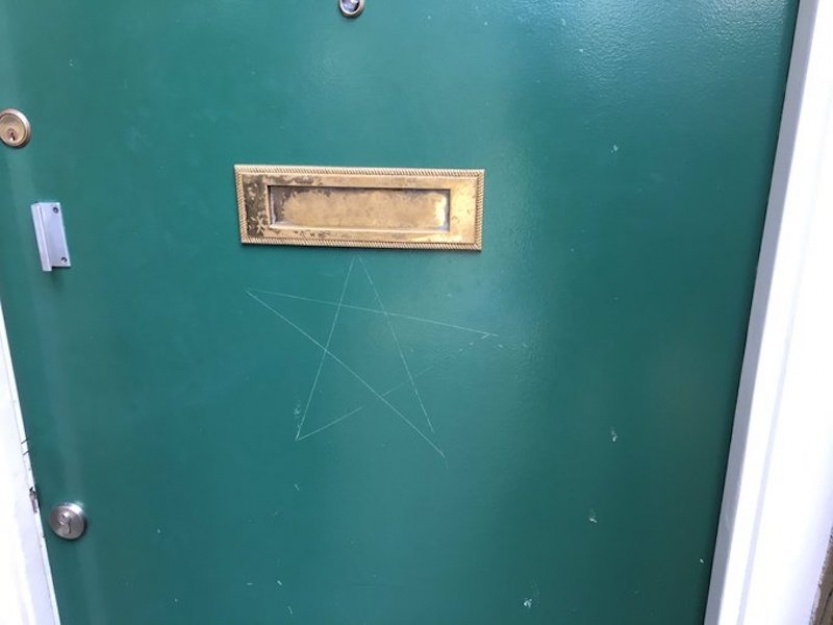 The doors of four churches in East London have been nearly destroyed by criminal attacks. Within two days vandals set fires at the outside of four church doors, including one where a children's playgroup was taking place. Occult symbols and messages like pentagrams, spirals, the number "666" and the word "hell" were written in the doors of each of the four churches. The police are investigating and searching for witnesses.

“We thought someone’s got it against the church or our church, or Christianity or religion,” said John Edney, the secretary of Cann Hall and Harrow Green Baptist church, where two fires were lit.

In the night of Tuesday 18th the first fire was set at the door of the church St. John on Stratford Broadway. The church had been recently attackt by vandals, who scrached doors and torned posters down. On the next morning the fire was put out by the firefighters. About a half an hour later a small fire was found outside the church hall door of Cann Hall church in Leytonstone, only a mile and a half away from the first arson. The word "hell"  and a pentagram were etched in this door.

The Church of Jesus Christ Apostolic on Ramsay Road, which is in the neighborhood of the Cann Hall church, was attackt with a small fire on Wednesday night too. About an hour later the police and the firefighters were called to the Cann Hall church again, where another fire was lit at the main door. On Thursday morning just after midnight the fourth church became victim of vandalism. The fire at the St Matthews Church on Dyson Street in Stratford had completely destroyed the main doors.

The Rev Christy Asinugo, the vicar of St Matthews said: “I thought the first one was just a one-off, it didn’t bother me so much, but after this I’m really bothered now. It’s my fear [that they might try again], because we don’t know what is on the mind of this person.”