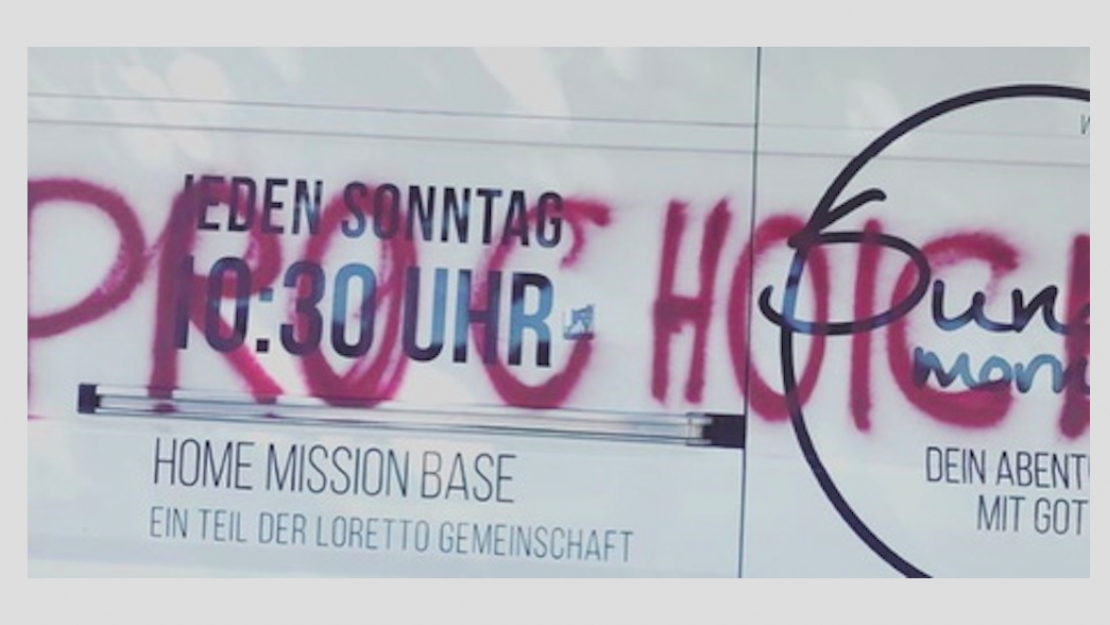 The cars belonging to the Catholic initiative, HOME Mission Base Salzburg, were sprayed with "Pro Choice" and the windows were smashed by unknown vandals.

"Windows smashed and all our cars smeared. Looks like we're getting more and more relevant!" With these words, the Catholic initiative HOME Mission Base Salzburg published photos of an attack on the community's cars, presumably carried out by left-wing abortion advocates. The slogan "Pro Choice" was sprayed on all cars, in addition the windows were smashed.

Patrick Knittelfelder, the head of the Home Mission Base, told Kath.net: “After our vehicles have been carefully selected, this indicates that we are very relevant. With what we do, of course, we give a clear statement of yes to life. This has implications in the spiritual, material and psychodynamic world.”

Kath.net reported that investigations are underway, with the focus on left-wing extremist circles in Salzburg.