Destruction of the Summit Crucifix of Pic Saint-Loup near Montpellier 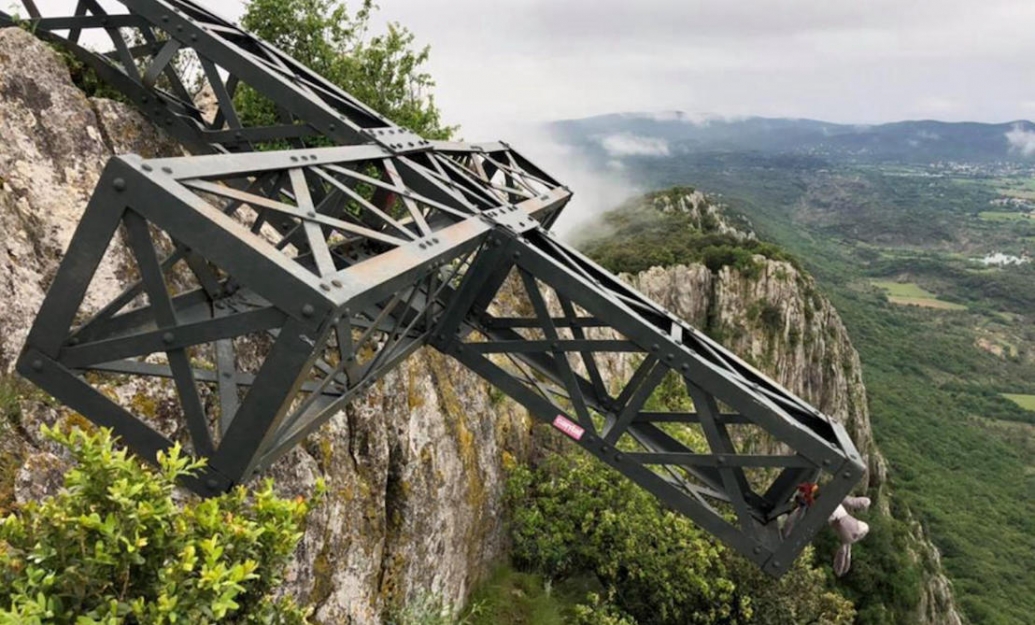 Between the evening of May 9th and and the morning of May 10th, unidentified vandals cut down the emblematic summit crucifix of Pic Saint-Loup at its base. The iron cross overlooking Montpellier, which weighs 900 kg and is nearly ten meters high, was reportedly detached with a blowtorch or drills and left hanging over the 658 meters from the top of the peak. Inscriptions in red paint reading "Larcins des sorcières hérétiques" (crimes of heretical witches", "Le Pic Laïque" (the secular peak), and "Witch Power" (in English) were left on the pedestal. Police are investigating.

The incident occurred just before deconfinement due to the Covid-19 pandemic was set to begin in France on May 11th.

Municipal and regional officials worked quickly to secure the monument to prevent it from falling into the valley below. Mayor Jean Vallon said, "These poor people should be taught what secularism is: respect for all religions. They confuse anti-clericalism and secularism."

Monsignor Carré, Archbishop of Montpellier reacted by saying, "The Cross that has stood atop Pic Saint-Loup for over a century has been demolished. This act of vandalism hurts us all and especially affects Catholics because they recognize in the Cross the sign of their faith.

Any act against religious symbols is intolerable. It calls for an outburst of fraternity. I invite the Catholics of the diocese of Montpellier today to pray before the Cross of the Saviour."

It was not the first time that the cross has been the target of vandals; it was damaged in February 1989.