Priest Fined and Arrested For Processioning a Crucifix Alone 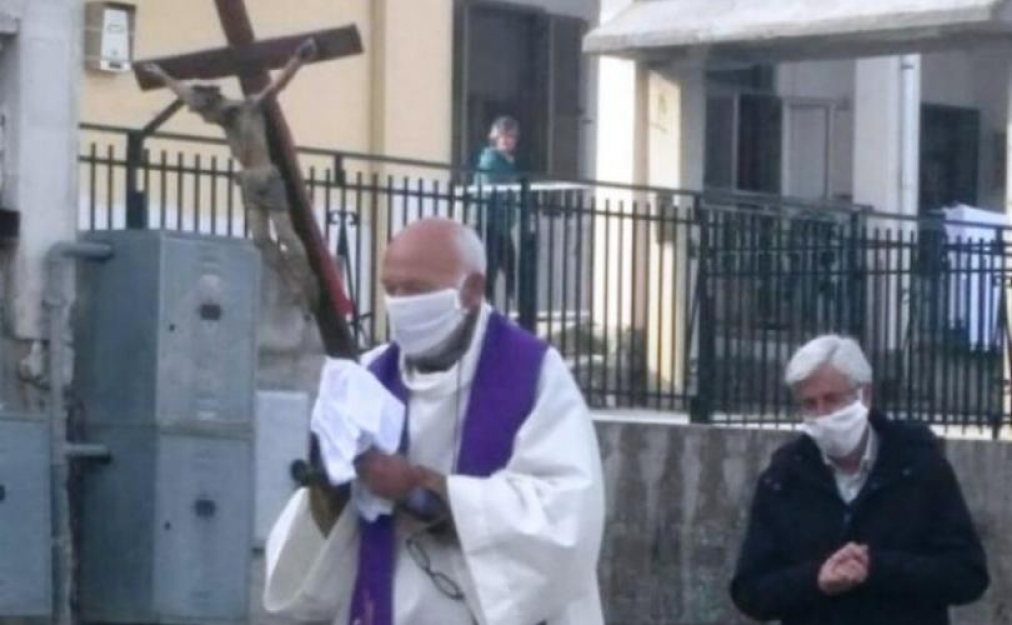 On April 6, a the Priest Father Domenico Cirigliano was fined and arrested for 14 days by the police, as he was carrying the miraculous Crucifix from the Church of Blessed Virgin Mary in Rocca Imperiale. He was doing a personal procession through the streets, keeping enough distance from other individuals and his assistant. The Father had told the parishioners he would bless the city in this form of reduced procession. The police reported the act as public departure, not motivated by employment, need or health reasons and had made a demonstration or religious act affecting the streets. In other cities the processions were allowed by the civil authorities.