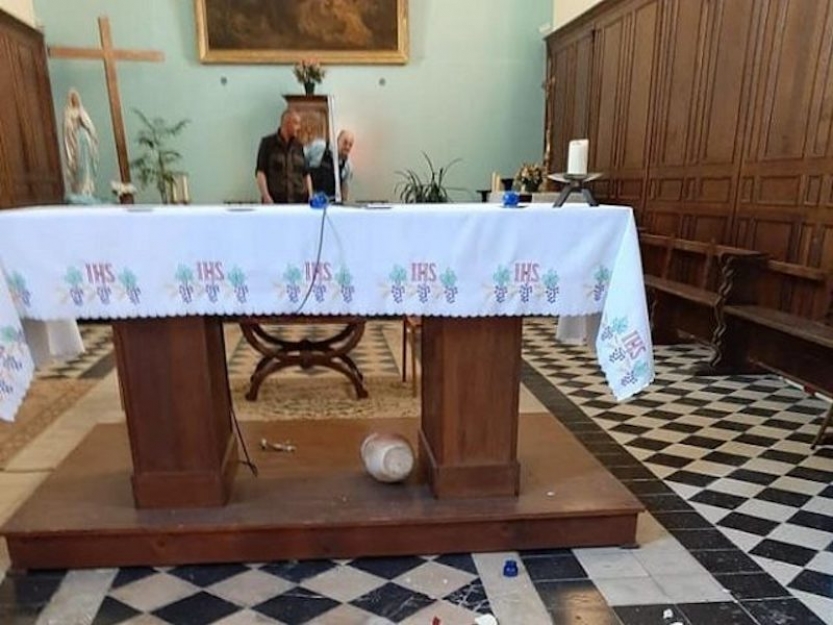 The village church of Saint-Remy in Marly-Gomont was found vandalized on April 23rd despite a coronavirus lockdown confining people to their homes.

The mayor of the town of Marly-Gomont, Dominique Delache, posted a message on his Facebook page to say he was “very angry” to have discovered the church vandalized, in which he notes that “the door was broken, the Easter candle destroyed, the microphone torn off and a fire extinguisher struck and sprayed throughout the church.”

“This is a lack of respect that shocks me deeply,” the mayor added, before announcing that until further the order the church will remain closed because “cleaning is complicated.”

According to the mayor, this was the second time that the church has been targeted in the middle of the night in the last two years.