Statue of Christ Decapitated and Vandalized 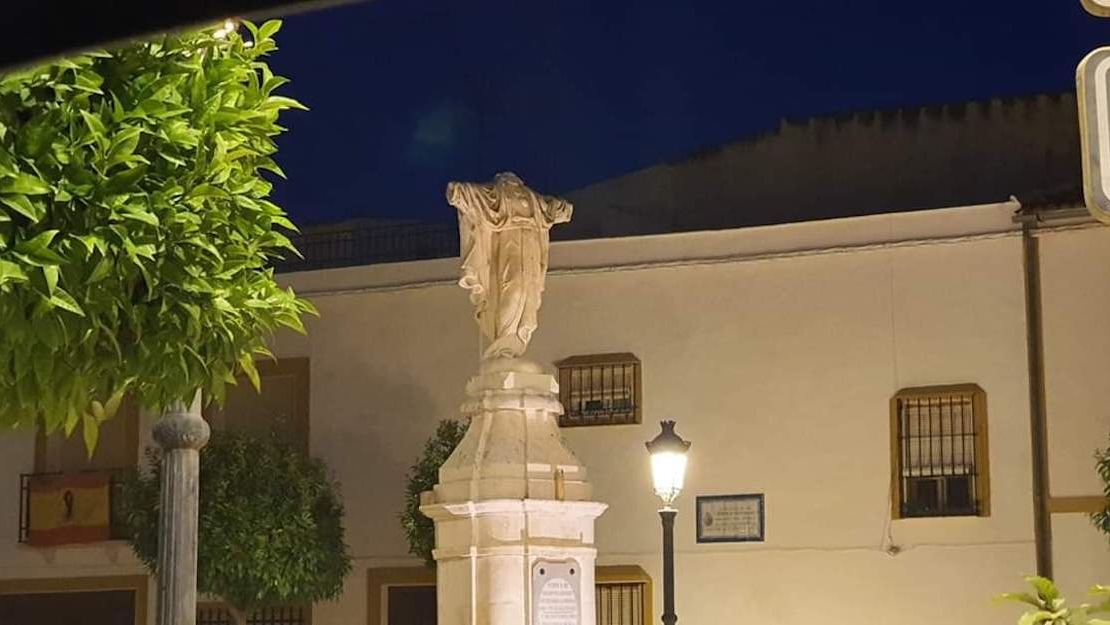 In the early morning hours of June 4, unknown individuals assaulted the monument dedicated to the Sacred Heart of Jesus in La Roda de Andalucía and broke the face and hands of the image to pieces.

The neighbors, alerted by the noise, verified the incident once it was over. The perpetrators' modus operandi was to use a cobblestone plucked from the tree pits near the plaza and with this tool, climbed onto the statue and beat it to destroy the head and hands "in a thousand pieces," said the mayor of locality, Juan Jiménez (PP). He expressed regret at these "terrible" events that he describes as "terrorist acts against the people."

He indicated that the Civil Guard and Local Police are already investigating to try to locate the perpetrators.

In statements to ABC, the councilman has shown his indignation and asks himself "who could have thought of something so atrocious against the most symbolic monument in the town?" that "they have totally destroyed. It is an attack against our people."