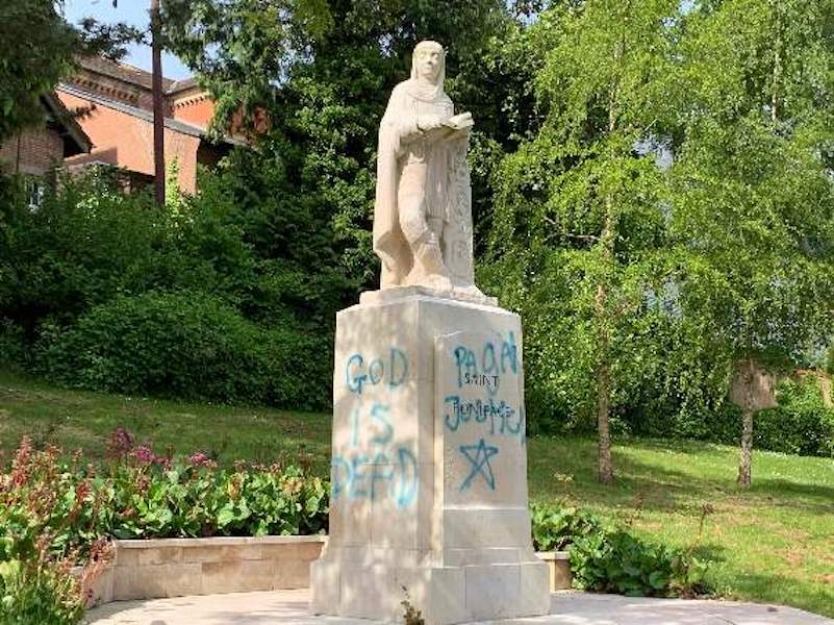 Residents of Crediton (Devon) have expressed their disgust after the statue of St. Boniface was targeted by vandals. The graffiti, scrawled across the base of the statue, reads: "God is dead. Pagan justice."

Town councillor and Britain in Bloom co-ordinator, Michael Szabo, said: "The statue of Boniface is a high profile feature, which celebrates the town's most famous son and the patron saint of Devon. There are lots of people now in the park, especially as it comes into summer and they are finally able to go out, and we've got these anarchists defacing the statue and promoting their atheistic views. It's the worst kind of vandalism and there's really no excuse for it."