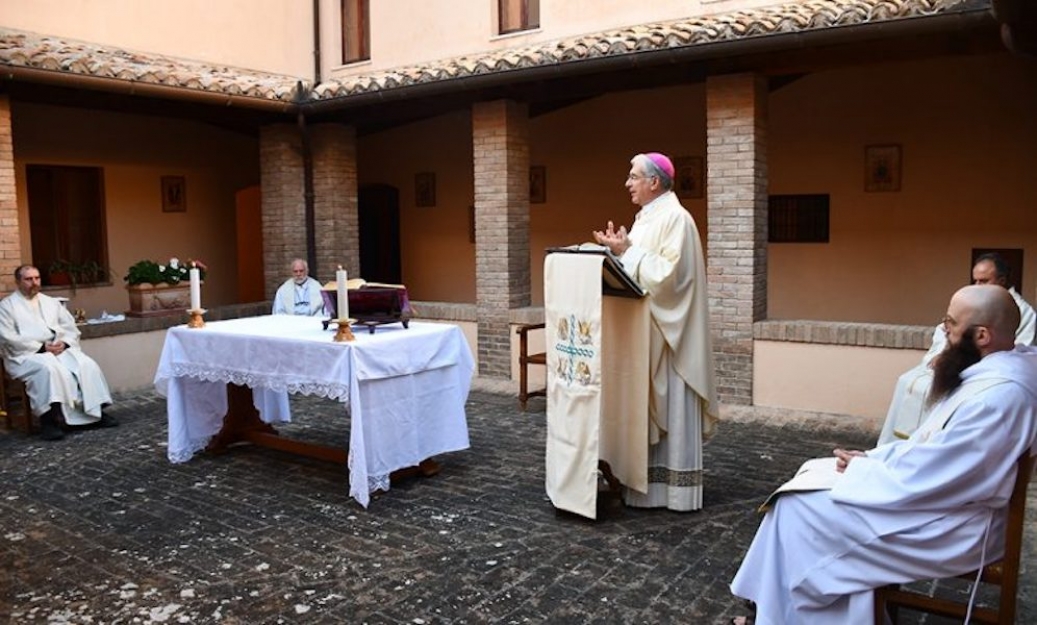 "It was an act of vandalism and religious desecration," said Father Remigio Lewandowski, guardian of the Friars Minor Capuchin of Spoleto. "This is the first time we have suffered such an act and this morning I made a report to the Carabinieri."

The head of this small community of only four friars does not believe that this was simply the "gesture of an unbalanced man": "There are too many questions that lead one to think of other hypotheses even if nothing can be excluded." The clergyman announced that he will put back into operation the surveillance cameras with which the convent and the church are equipped.

The diocese of Spoleto-Norcia firmly condemned the episode and expressed "the most vivid disapproval for a gesture of blatant ignorance and offense to the sacred place and the sensitivity of believers".

Mayor Umberto De Augustinis called it "an uncivilized and disrespectful gesture, absolutely to be condemned, contrary to those values of communion and tolerance that have always represented an essential reference point for our city community. On behalf of the municipal administration," De Augustinis said, "I express full solidarity with the Capuchin Friars Minor, the Franciscan tertiaries and the whole Christian community of Spoleto, in the hope that such unspeakable acts will never be repeated".