Repeated Acts of Vandalism and Theft in Bergamo Church 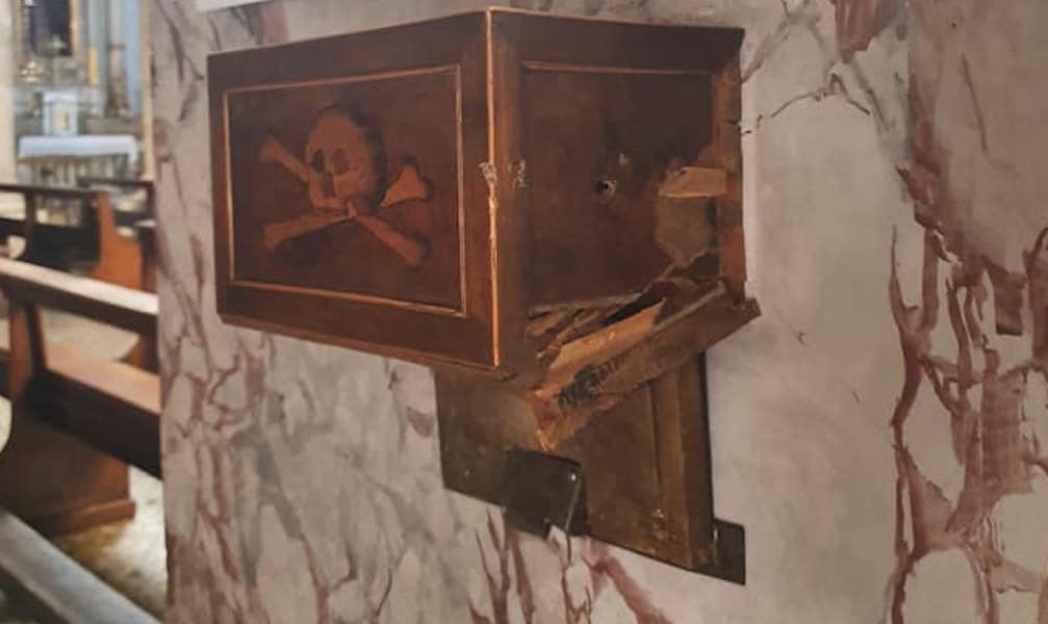 In the week before June 27th, the church of Sant’Andrea in Bergamo was the victim of two crimes. The first incident was the vandalism of the liturgical chair which was discovered upside down in the middle of the church and wet with what the priest suspected was urine. The second incident was the theft of the offerings, accomplished by severely damaging the valuable offering boxes. This series of events led to the closure of the church except for Sunday Mass, until funds have been raised to install comprehensive security measures.

The area of Città Alta in Bergamo faced various disturbances in public spaces, with the repeated vandalism of the church of Sant’Andrea being the most heartfelt one for local residents.

Parish priest Don Giovanni Gusmini posted on social media: “My dream was that the church of Sant'Andrea could be an open door for anyone looking, even late in the evening, for an oasis of peace, beauty and spirituality. Unfortunately in these last days it has been the object of some unpleasant episodes. Last week I found the liturgical chair upside down in the middle of the church and wet with what I fear was urine. Last night the theft of the offerings. A few euros of loot because the boxes are regularly emptied, but a heavy scar especially to the detriment of the offering box, an inlaid wooden artifact dating back to the mid-nineteenth century. Therefore I am forced to keep the church closed (except for Sunday Mass), until I have found the funds to install a CCTV security camera system. I'm very sorry. I'm really, really sorry.”

Don Giovanni wants to extend the security measures to the other church of the parish, San Michele al Pozzo Bianco, "which is also more visited than Sant'Andrea thanks to its artistic heritage. Neither of the two buildings have cameras and alarm system. In my opinion places of worship should be spaces of freedom and serenity, in which to feel welcomed and not constantly observed. But unfortunately, apparently, it can't be helped.

Gusmini also reported that the whole community was deeply disturbed by these acts of vandalism and were helping with donations to install a video surveillance system to protect the church from further damage and in order to reopen it as a site of daily public prayer and worship.