Suspicious Fire in the Saint-Paul Church of Corbeil-Essonnes 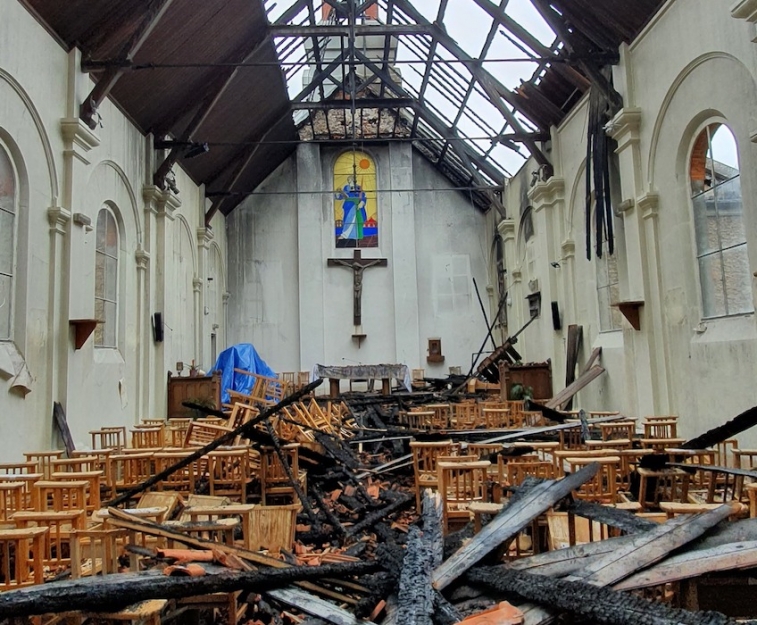 On the 4th of July at 5 o'clock in the morning the St. Paul Church in Corbeil-Essonnes was reported to be burning. The entire roof, interior, and the sacristy of the church were completely destroyed. The police reported that the fire broke out due to a gas leak caused by squatters, but at least one local resident is skeptical about this explanation.

After a technical investigation by the police, officials reported that a gas leak caused by squatters was the cause of the fire.

Alexandre, a local resident who lives near the church, has serious doubts about a gas leak as the cause of the fire. "I've never seen squatters and this gas leak surprises me," he said. When he called for help, he did not mention a gas explosion. "All I heard was the sound of falling beams." Additionally, a few meters from the church, an attempted break-in of a room covered with a wood veneer was found by the investigators.

Father Andrzej Barnas, priest of the large Franco-Polish community, reported that one of the 46 firefighters who were trying to stop the fire "saved the Blessed Sacrament from the flames." By breaking the door of the wooden tabernacle, he removed the monstrance before it was destroyed. “I was woken up around 5 a.m. to learn that the roof of the church was on fire. Shocked, I rushed to the spot. The firefighters were already there. One of them gave me the monstrance wrapped in a thick blanket so that I could keep it safe. I know a few paintings of saints have also been saved, but I don't know which ones yet. The Blessed Sacrament is well in the presbytery,” he said.

The church is still closed due to safety reasons, community members have put up barriers to protect the church from looting. Father Barnas said that those who loved to gather there in prayer will have to find another place to do so.