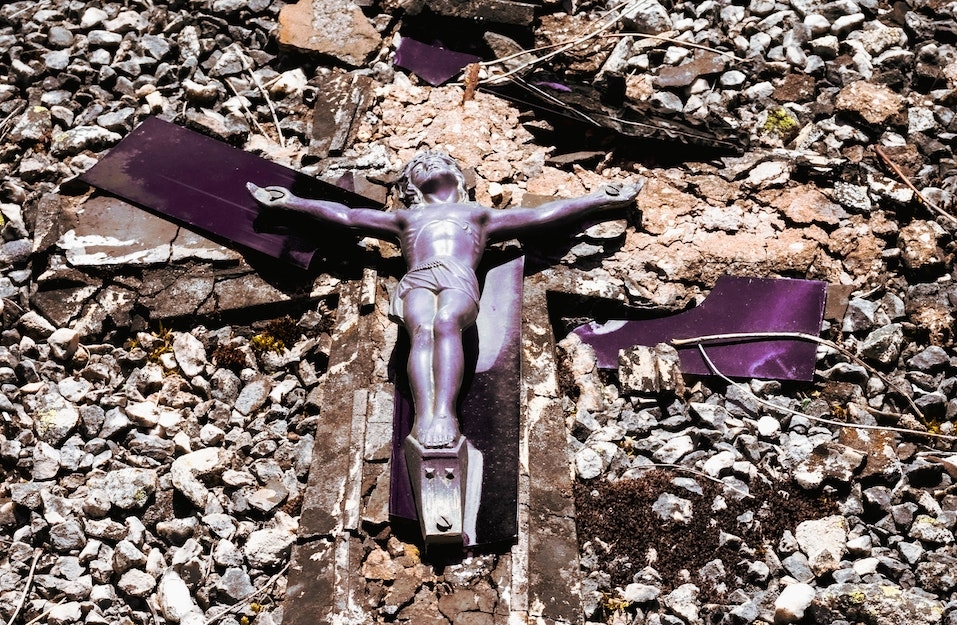 On July 4th, unknown perpetrator knocked over the 75 kilogram cast iron cross in front of the Heart of Jesus church (Herz Jesu Kirche) in the Upper Palatinate town of Weiden, according to police reports. The cross, which was broken off steel pins, suffered massive damage. Police began an investigation and called for witnesses.

The cross, which marked the altar of the old Notkirche, has stood in front of the Herz-Jesu-Church in Weiden since 1934.

City pastor Gerhard Pausch discovered the vandalism on Sunday morning, July 5th, when he went to the early Mass. "For the parish, this place was a memorial point," he said.