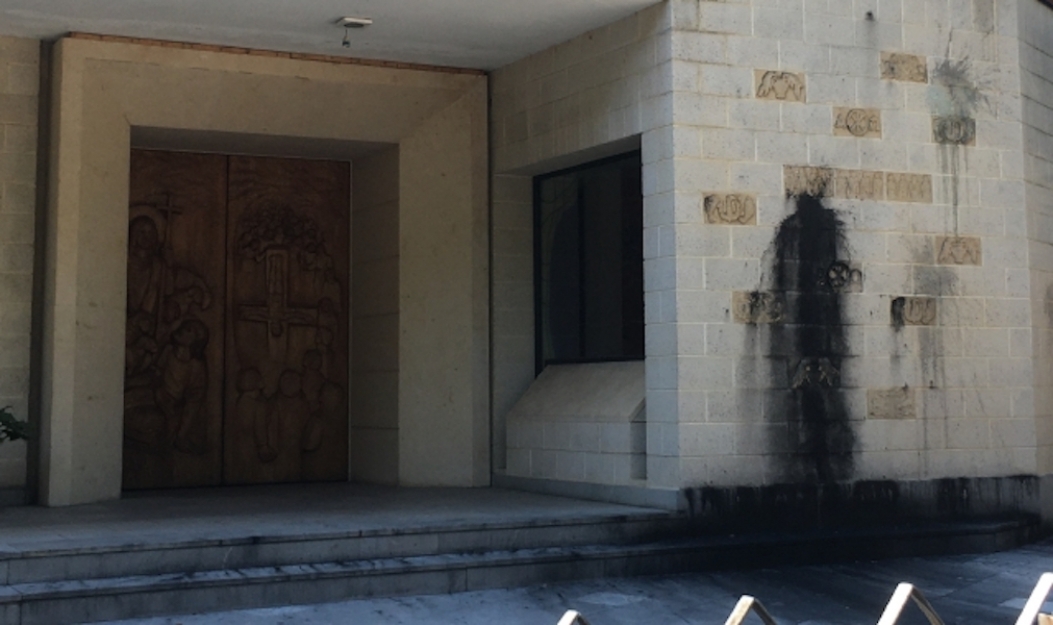 On July 13th, a black paint bomb attack on the granite facade of San Pietro church occurred for the fifth time in two years. After a respite of a year, once again community members of the church again had to remove the damage using solvents to clean the oily back paint. This time, the vandals used twice as much paint than in previous assaults, making removal from the porous granite difficult.

All of the assults have a similar pattern, they happen at night with a black oily paint thrown against the granite facade, right at the front of the church. Previously installed security cameras, after the first attacks, did appear to have a deterrent effect, nor have the vandals been identitfied.

The first time incident happened in January 2018; the same act was repeated exactly one year later, in January 2019. On that occasion, someone threw not one but two bombs of paint against the white stone of the portal. In the third attack, in June 2019 the vandal aimed higher, aiming a total of three bombs on the red bricks above the portal. In July 2019, the security cameras filmed someone riding a bicycle launching a paint bomb, but he was never identified.

This fifth, most recent assault, occurred when the parish, and more generally the whole neighborhood, were convinced that they had left the unpleasant problem behind.