Satanists Suspected of Theft and Desecration in St. Johann Baptist Church in Krefeld 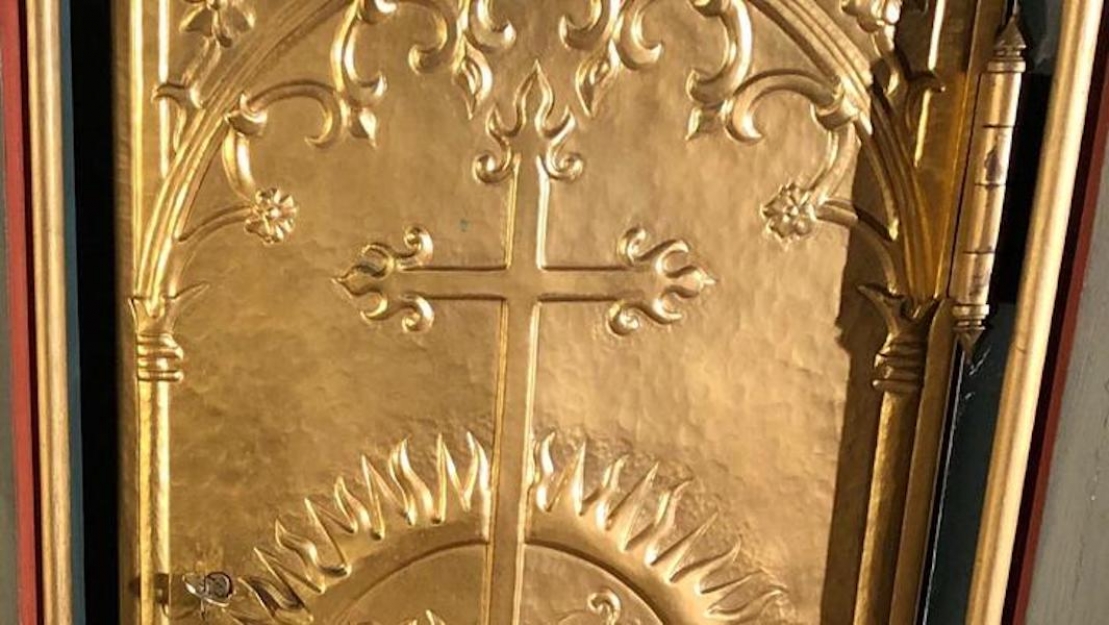 Unknown perpetrators have stolen the golden door of the tabernacle, a monstrance stance and money from an donation box. The tabernacle door was forcefully torn out and the donation box vandalized and money stolen. The community of St. Johann Baptist Church suspects satanists to be the perpetrators, who use the stolen objects for satanic rituals, because the golden altar cross was not stolen, which speaks against just a monetary motivation.

Jan Ling, head of the community board, said he was shocked and stated: "It is amazing that our golden altar cross was not stolen. It seems strange to us that this cross was not stolen solely for monetary interests. Breaking open a tabernacle door is exhausting. It would have been much easier to simply steal the cross. That is why we suspect that the crime could be connected with church vandalism or the occult." The stolen objects often appear in waht can be defined as "black masses", Jan Lange explains. It would be a "complete catastrophe" for the church coomunity if the theft was really committed for Satanic reasons. Lange continues: "In addition to the aesthetic aspect, we are primarily concerned with the spiritual aspect. The tabernacle is where the hosts, the body of Christ, are kept. For us, this is an attack on the Blessed Sacrament!"