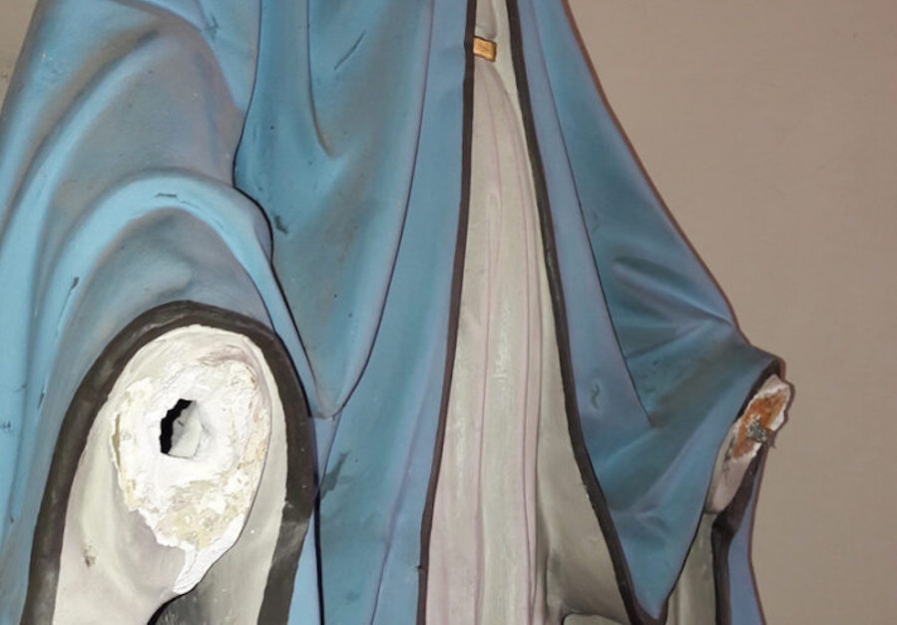 Between July 19th and 20th an unknown perpetrator cut off and stole the hands of the statue of the Virgin Mary in a chapel in Alt-Schwallbach. Local Catholics are shocked, as the vandalism contains a mysterious detail, the vandal supposedly took the cut off hands with him/her, as they could not be found in- or outside the chapel. The police is investigating the case.

The damage was discovered by a local resident from the “Kapellen team” who looks after everything and provides fresh flowers in the little church. Local media reported that the woman "couldn't believe her eyes when she came into the chapel next to the old cemetery. The figure of Mary standing in her corner since the chapel was built in 1894 was missing both hands."

Because the chapel, which is formally not a consecrated church, is only open from 8:30 a.m. to 6:30 p.m. every day, the perpetrator must have committed the act in broad daylight.