Politically-Motivated Vandalism of Cathedral of Notre-Dame-de-Nazareth 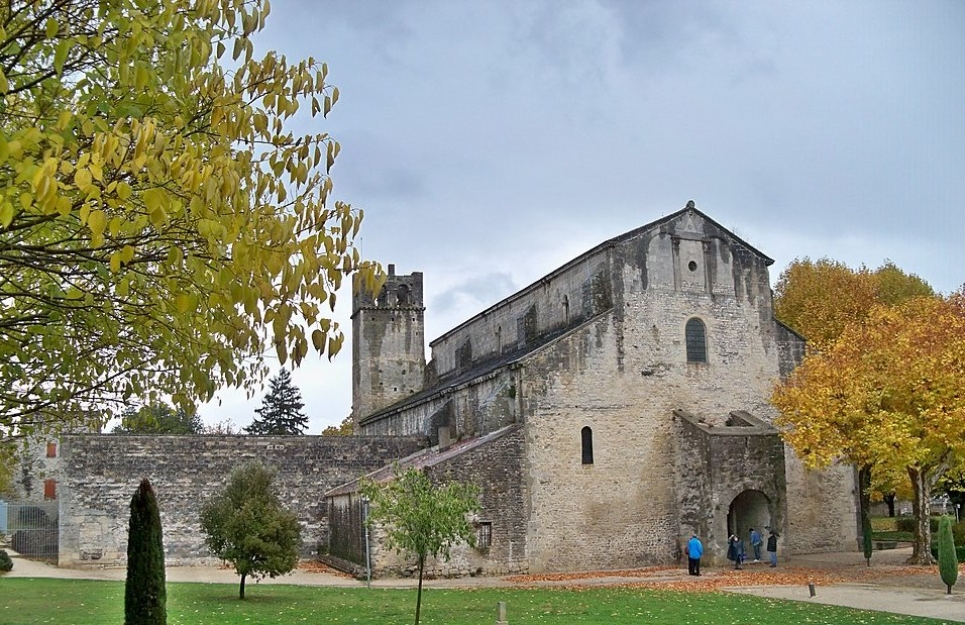 On the morning of July 28th parishioners discovered graffiti sprayed on the walls of the Cathedral of Notre-Dame-de-Nazareth in Vaison-la-Romaine. One tag read "vaut mieux une paire de mères qu’un père de merde" ("better a pair of mothers than a shitty father"). On another side of the cathedral, the word "sorcellerie" ("witchcraft") was painted. The vandalism appeared a day after Monsignor Cattenoz, Archbishop of Avignon, wrote an open letter to the deputies and senators of Vaucluse as well as to the local press denouncing the pending bioethics legislation in France. In his letter (in full below), he noted that if the law passes, "a woman will be able to give one of her fertilized oocytes to her partner, it will be implanted in her uterus so that they will both be mothers, erasing any reference to the importance of a father ... for the growth and life of a child."

Other tags were also found in the city the same morning: words suggesting a fight against "speciesism" was painted on the movie theater and on the cultural center, a tag with anarchist overtones calling to set "fire to the prisons."

The director of city services, Lionel Péres, called the vandalism a "stupidity", "a foolishness" that has damaged the cathedral, a "historic building." He went on to say, "Especially since it is the taxpayer who is going to pay because we have to call on companies specializing in sandblasting on historic buildings to remove these tags. It's going to be difficult to get them to intervene quickly."

Monsignor Cattenoz responded the vandalism in a published letter:

"I filed a complaint for these tags affixed to the walls of the ancient cathedral Notre-Dame de Nazareth in Vaison-la-Romaine and for damage to a place of worship, as did the mayor of Vaison.

"We live in a world where the Catholic Church is constantly being degraded or robbed or burned without any real reaction from society. Moreover, freedom of expression is no longer allowed in the face of small groups that attack historical landmarks of our Christian roots. Finally, challenging a bioethics bill proposed to parliament during the beginning of the holidays always provokes violent reactions from those in the minority lobby behind this law."

The following is an English translation of Monsignor Cattenoz's letter to the Vaucluse politicians denouncing the bioethics bill:

"At a time when we are going through an unprecedented economic crisis, when more and more families face grave hardships, when the Covid-19 crisis is raging and clusters are multiplying, when all the polls suggest that the issue of bioethics law is no longer a priority for all of the citizens of our country, and in the middle of summer, in a camouflaged way to avoid making waves, the majority party took the initiative to force through a bill which, if it had the courage to put it to a referendum, would be rejected by a large majority!

On this subject, the Republic no longer seems to be interested in the common good and the general interest of society, but in an ideological agenda. As always, they distort the language in order to trivialize it, and then claim to set up the best of all worlds in the name of an anthropology that no one knows where it will lead us.

If this law passes, a woman will be able to give one of her fertilized oocytes to her partner, it will be implanted in her uterus so that they can both be mothers, erasing any reference to the importance of a father and true paternity for the growth and life of a child.

If this law passes, genetic modification of human embryos will be legalized and we will see the appearance of transgenic children.

If this law passes, it will be possible to make chimeric human-animal embryos by inserting stem cells into animal embryos!

If this law passes, we will see the manufacture of so-called "savior siblings" or "bébé médicaments", embryos created to advance research in this or that field.

Ladies and gentlemen of the Vaucluse, I beg you to refuse such a parliamentary parody. People deserve better than all this and it is important not to give in to a largely minority trend, while our society is sinking into a crisis from which it is not about to emerge.

I enclose a note from the French Bishops' Conference which is a common sense reflection in view of the seriousness of the projects announced.

I assure you, ladies and gentlemen, of my respectful feelings while asking you to oppose such a project with all your might."