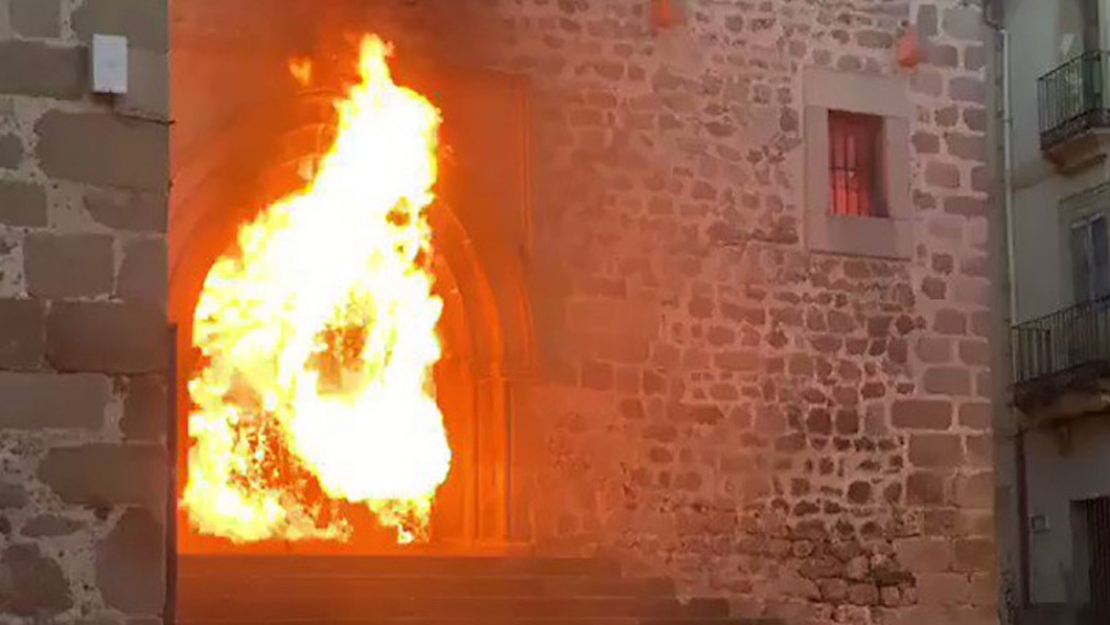 A large fire caused serious damage during the night of August 2nd inside the iglesia de San Martín de Plasencia, the oldest in the city, and affected a valuable altarpiece by the painter Luis de Morales 'El Divino' from the 16th century and which presides over the main nave.

The mayor of Plasencia (the capital of Jerte), Fernando Pizarro, explained that firefighters suspect that the fire started inside. The fire started at around 9:30 p.m. and firefighters are now investigating whether it is arson or could have been caused by a short circuit. The fire brigade prevented "a great disaster," according to the mayor.

He added that the 16th century altarpiece, its main artistic treasure, 'El Divino' was damaged by smoke, but not by fire. "At least we know that the 'Divino Morales' panels seem to have been saved and soon ... we will get this ancient church of our historical legacy to look elegant and beautiful again as it has been doing for more than seven centuries for the pride of Plasencia."

The flames penetrated the south door of the church and there were tense moments because butane cylinders for heating were stored inside the church, although in the end the fire was extinguished. Images of the fire startled local residents and tourists, and caused enormous concern in the city. The mayor and the bishop of the diocese, José Luis Retana, were present at the scene of the fire, where firefighters cordoned off the perimeter area.

"When we can enter, it will be time to assess the damage caused by the fire," said the mayor.

Built in the 13th century, the Romanesque temple is the oldest in the city and is located in its historic quarter. It currently only hosts religious worship on Sundays, while the rest of the week it functions as an exhibition and tourist center.

The panel paintings of 'El Divino,' gilded and polychrome, were made by Luis de Morales in 1570, and four of the eight panels are directly attributed to the painter (the Annunciation, Saint Martin, the Visitation and the Circumcision) while the Holy Fathers, the Nativity, the Epiphany and Saint Martin on horseback, would have been made by masters of his workshop.