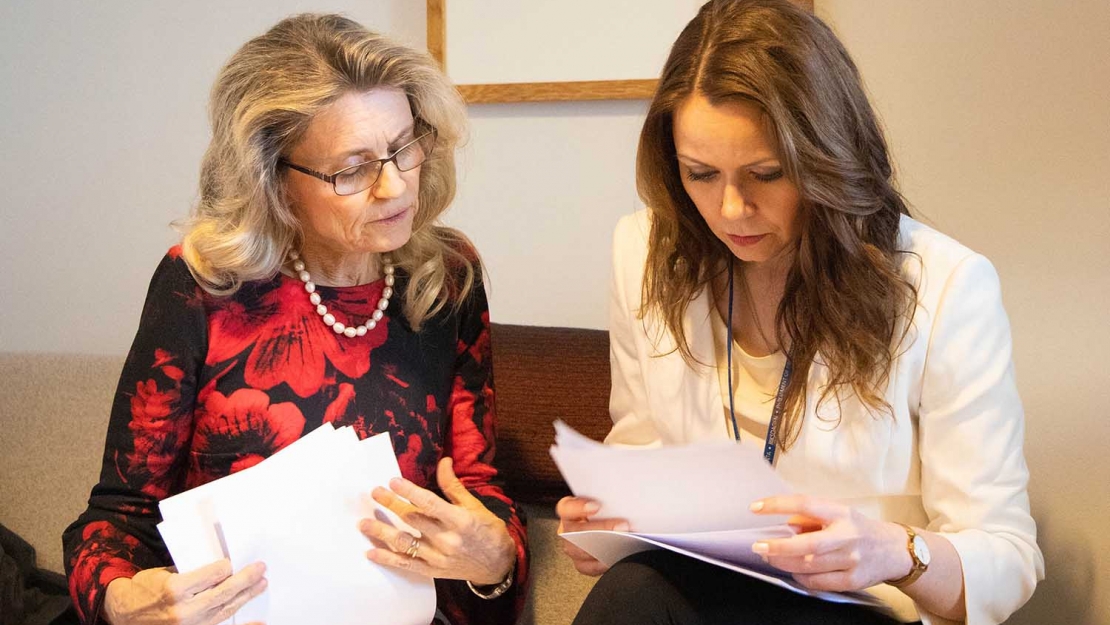 MP Pävi Räsänen is facing three criminal charges for alleged hate speech brought against her by the Finnish Prosecutor General. This is not the first time MP Räsänen is being investigated for hate speech by the police but the first time she is confronted with criminal charges. The medical doctor, mother of five, and grandmother of six is ​​accused of having engaged in “hate speech” for publicly voicing her opinion on marriage and human sexuality in a 2004 pamphlet, for comments made on a 2018 TV show and, most recently, a tweet directed at her church leadership. The Prosecutor General considers that Räsänen's statements are likely to cause intolerance, contempt and hatred towards homosexuals. The charges will be heard later at the Helsinki District Court.

Päivi Räsänen, a Christian Democrat MP, had already been subjected to two investigations, concerning a tweet in 2019 and a pamphlet on sexuality written in 2004. On March 5, she was informed that an additional investigation had been launched, looking into a television interview on religious matters in 2018. Räsänen remained determined to fight for the freedom of speech and to promote debate about difficult topics instead of censorship.

In August 2019, investigations were launched concerning a tweet in which Räsänen criticized the Evangelical Lutheran Church of Finland's official partnership with the Helsinki LGBT Pride events in June and attached a picture of a bible verse. Read about it here.

She was accused of "ethic agitation" due to her social media post and was interviewed for four hours on November 1, 2019. On November 4, the State General Prosecutor announced a second investigation concerning a pamphlet published by the Luther Foundation Finland in 2004, in which Räsänen outlined the official teaching of her church on human sexuality. She was interviewed on March 2, 2020. Read about it here.

A few days later, on March 5, two more investigations were launched against Räsänen by the Prosecutor General, meaning that she is now facing three in total. The third one concerns her statements about religious matters and her personal beliefs on a TV show called “Yökylässä Maria Veitola” (Maria Veitola, Overnight visit), during which a presenter visited her home in 2018. Like the second one, the third investigation had also been previously dismissed and were then reopened.

ADF International continues to support Päivi Räsänen. Paul Coleman, Executive Director of ADF International and author of “Censored: How European Hate Speech Laws are Threatening Freedom of Speech.”, pointed out: “Freedom of speech is one of the cornerstones of democracy. The Finnish Prosecutor General’s decision to bring these charges against Dr. Räsänen creates a culture of fear and censorship. It is sobering that such cases are becoming all too common throughout Europe. If committed civil servants like Päivi Räsänen are criminally charged for voicing their deeply held beliefs, it creates a chilling effect for everyone’s right to speak freely."

Räsänen has served as a Finnish Member of Parliament since 1995, was chair of the Christian Democrats from 2004-2015, and from 2011-2015 she was the Minister of the Interior, during which she held responsibility for church affairs in Finland.