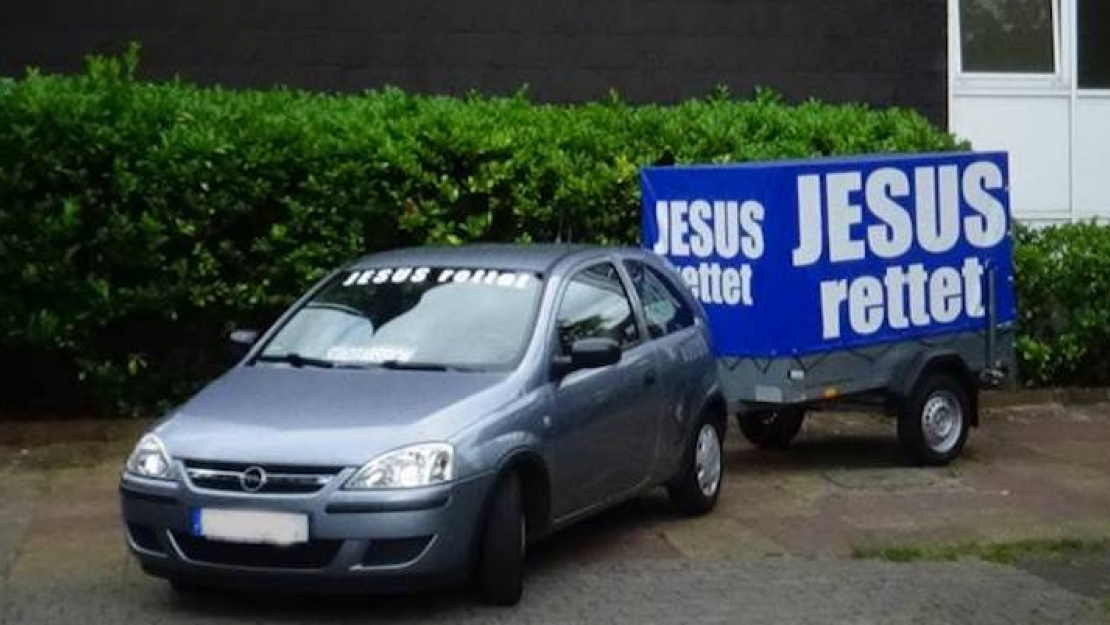 Street preacher Henning Heinrich Westrup reported that attacks against him increased in July. He calls on people to repent and follow Jesus Christ in the pedestrian zones in Bielefeld, Dortmund and Gütersloh, among others. He reported that attacks against him by people who reject his message have increased. He said he experienced insults, vulgarities, and threats -- along with an assault in July.

From a house in front of which he parked, his trailer with the inscription "Jesus saves" was showered with water. When Westrup approached the owner of the house, he was met with angry shouting and the owner punched him with a fist, which almost threw him to the ground. He fled as a result.

Westrup further reported that posters he had put up with the inscription "Jesus saves" were repeatedly stolen. In a few weeks in July, five posters which he had placed on busy streets in Gütersloh were stolen. Two of them had stood directly in front of the Gütersloh district administration building, which also houses the district police authority.

At the end of July, he filed a criminal complaint for the thefts, alleging an attack on freedom of religion and freedom of expression.