Repeated Vandalism With Graffiti at Church of San Giacomo 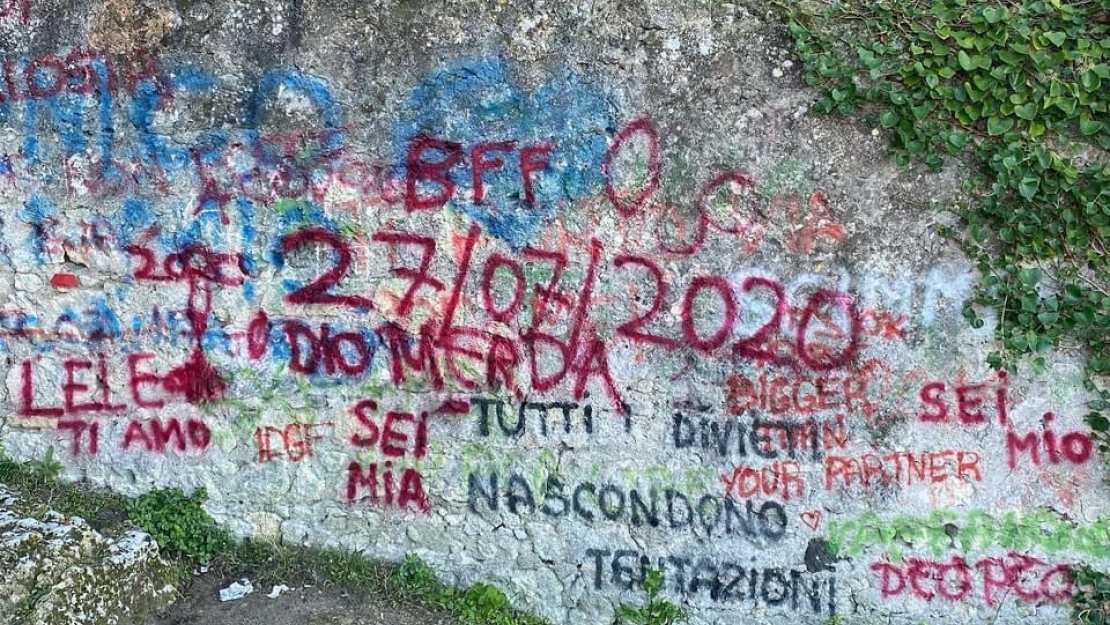 The walls of the church of San Giacomo in Tarquinia was tagged with Graffiti the week before October 17th. On October 17th the church walls were tagged again expanding the vandalism. Mayor Giulivi of Tarquinia already ordered to clean the walls and called the incident an "uncivilized act against an entire community." He also want to install CCTV at the church for better surveillance.

Mayor Giulivi of Tarquinia further stated: "We will undertake to reclaim the walls as soon as possible and to install video surveillance cameras to monitor both this area and other places so important several times affected by vandalism. We will denounce the incident in the competent offices and arrange more controls so that acts like this are no longer committed. I appeal to the conscience of my fellow citizens, especially the younger ones, not to repeat this, the civic sense, the beauty and the value of urban decorum are the foundations of a civilized city."