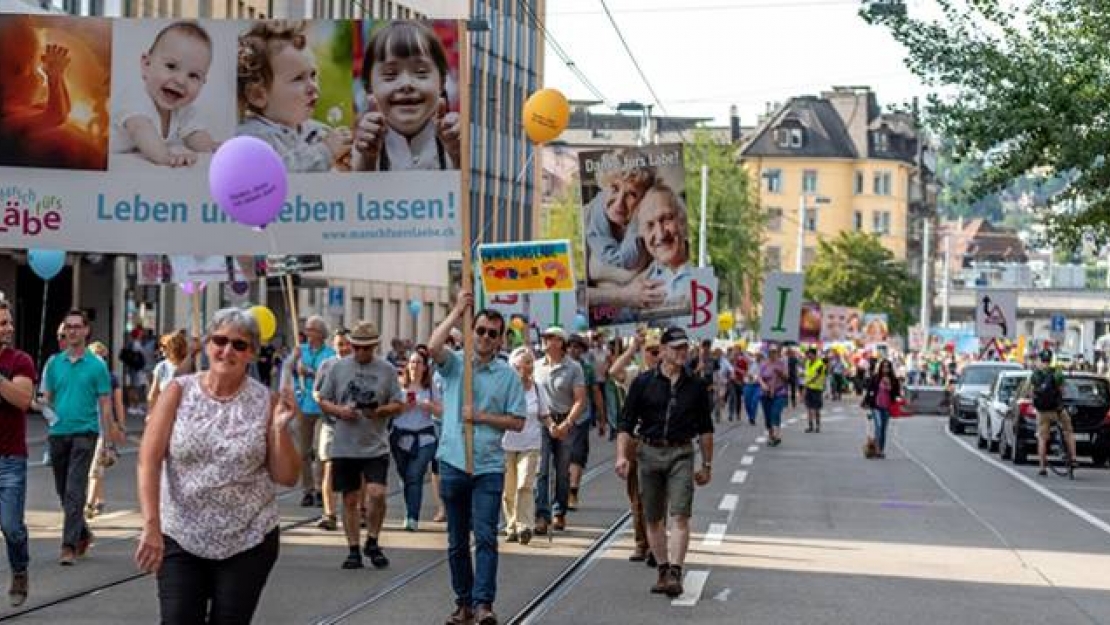 In the city of Zürich, the March for Life was opposed by extreme left activists, as it also occurred in Austria and Germany, which led the local government to ban the march. The march has already been banned in 2019 and also for 2020 and 2021 with no consistent reason. The official reason for the ban are safety concerns for the participants of the march, due to violent counter-protests and possible riots. As an alternative to the march, there would have been a smaller gathering of the pro-life supporters, but the Congress Center Winterthur, where the event would have taken place in a smaller form, has denied access. The organizers of the march announced that they will pursue legal action against this decision.

In a press release on the 1st of October, it was stated that: "The Zurich city police cannot fully protect a parade that is attacked by violent groups with appropriate means. The risk of people being injured is considerable. This was demonstrated by the 'March for Rewards' in 2019." City councillor Karin Rykart has therefore approved only one standing demonstration for 2021. The city council supports this decision. (Tagespost)