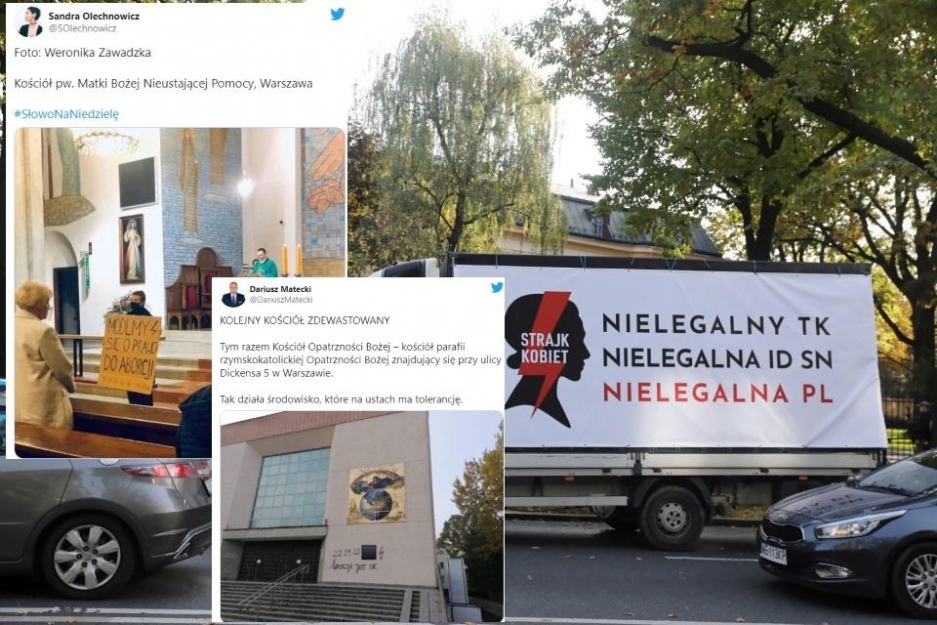 On October 22nd, the polish Constitutional Tribunal decided that eugenic abortion is unconstitutional. This led to an outrage of the left-wing feminist organization "Women's Strike". among others, which started attacking churches across Poland and interrupting church services. The activists vandalized the facades of many religious buildings by tagging them with vulgar or insulting slogans. Among the attacked churches were the St. Magda Magdalena in Warsaw and the parish church St. Jakub in Warsaw, the St. Vincent de Paul church in Otwock and other Shrines and buildings. The police is investigating.

Disruption of Mass in Church of Our Lady of Perpetual Help - Warsaw: Twitter

Graffiti on the Church of Divine Providence - Warsaw: Twitter