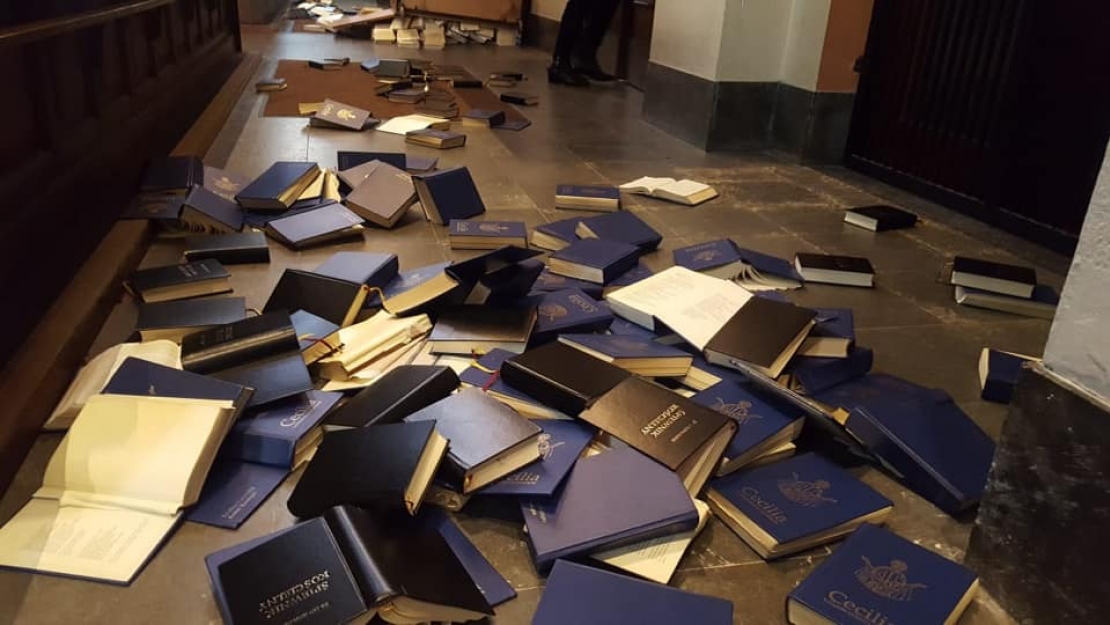 “I am shocked by the anger that accompanied it. I can stand that people do not like the Catholic Church, but it is very inappropriate to show it in such a way " -  said Fr. Tobias Unnerstal.

"I wonder if the perpetrator knows a lot about Christian symbolism. Because what has been done is very specific" - said Pastor Tobias Unnerstål, and explained: "We ourselves remove everything from the altar once a year and it is before Good Friday. It is as if he wanted to create an eternal Good Friday, the worst thing you can imagine for a believer.”