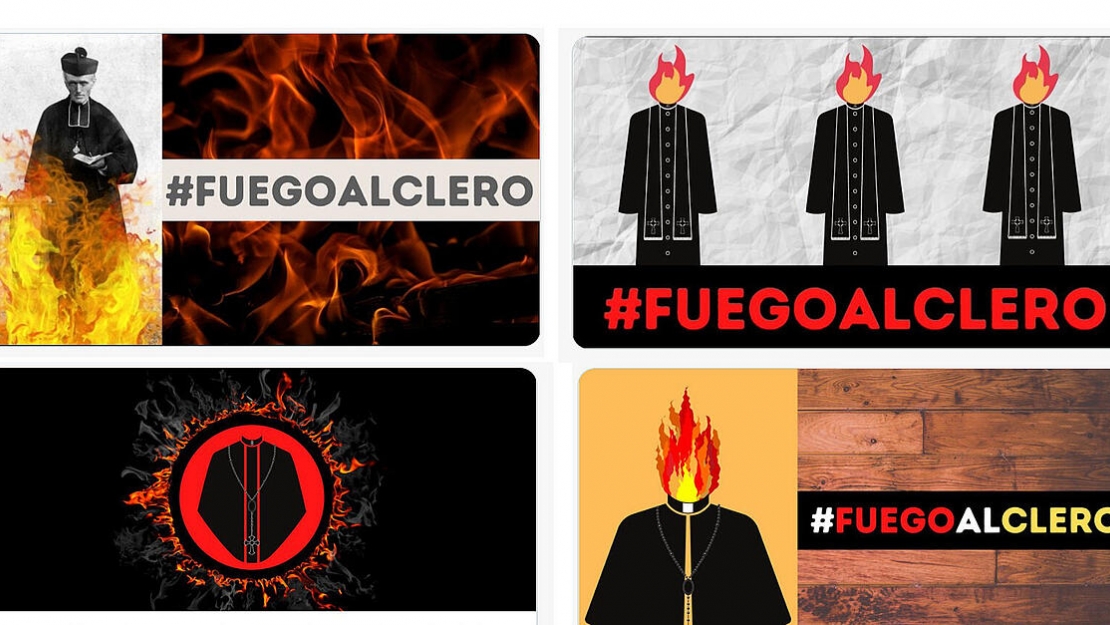 On November 24th, Pope Francis beatified 127 Catholics who were killed in hatred of the faith in Spain in the 20th century. At the same time the hashtag demanding Catholic priests to be burned alive became a trend on Twitter. Tweets with the hashtag #FuegoAlClero, which means "Burn the Clergy" were permitted by Twitter. Some of those tweets included pictures of priests with their heads in flames and others labeled priests as "pedophiles" and "thieves". Although Twitter's current user policy states that the promotion of violence on the basis of religious affiliation is not allowed, these pictures of priests in flames were not removed until the 25th of November.