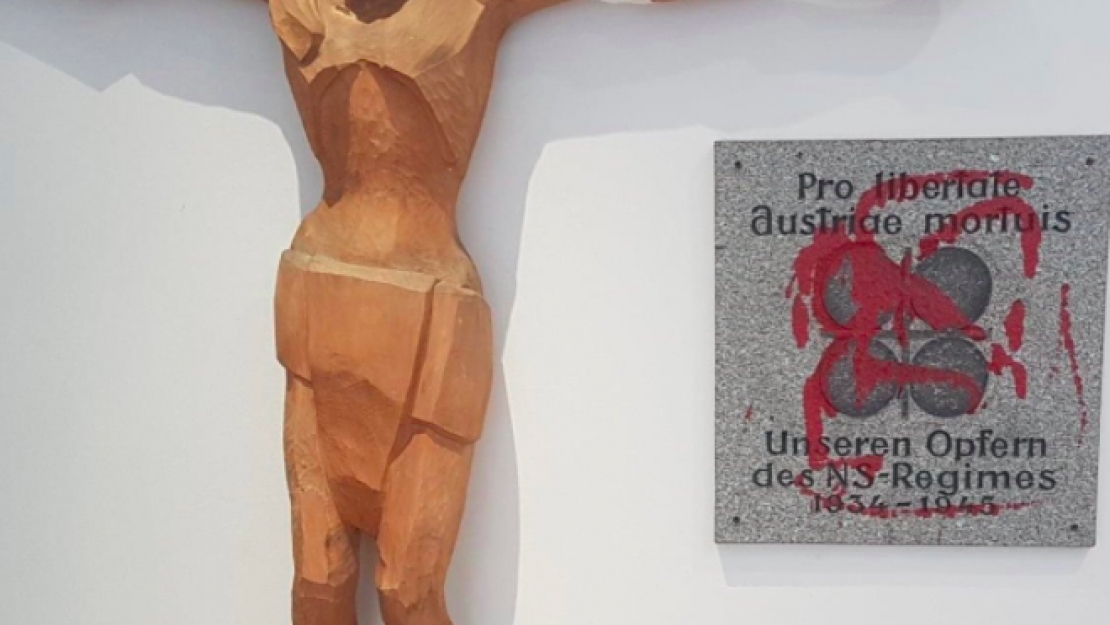 In the morning hours of January 19th, the ÖCV (Austrian Catholic Cartel Association) house was vandalized. A group of left-wing extremists entered the ÖCV house and smeared several signs in the entrance area with black paint. The plaque at the memorial for the victims and resistance fighters from the rank of the ÖCV was demolished with red paint and elsewhere anarchist symbols were left behind.

This is a continuation of years of attacks by left-wing extremist forces against members of the ÖCV. There have already been such incidents in almost all Austrian university towns. Most recently, around the turn of the year, a memorial plaque for the ÖCVer Hans Karl Zeßner-Spitzenberg (NbW) and Father Heinrich Maier (NbW), who were murdered by the National Socialists, was defaced with black paint at the fraternity house of the Nibelungia Vienna.

"Obviously, these are targeted actions of forces that do not recognize the resistance of the ÖCV and its members against National Socialism and want to erase from history the historical legacy of the persons around the ÖCVer Leopold Figl (Nc) for the Austrian struggle for freedom," says the suburban president Nikolaus Dorfstetter (Ne)