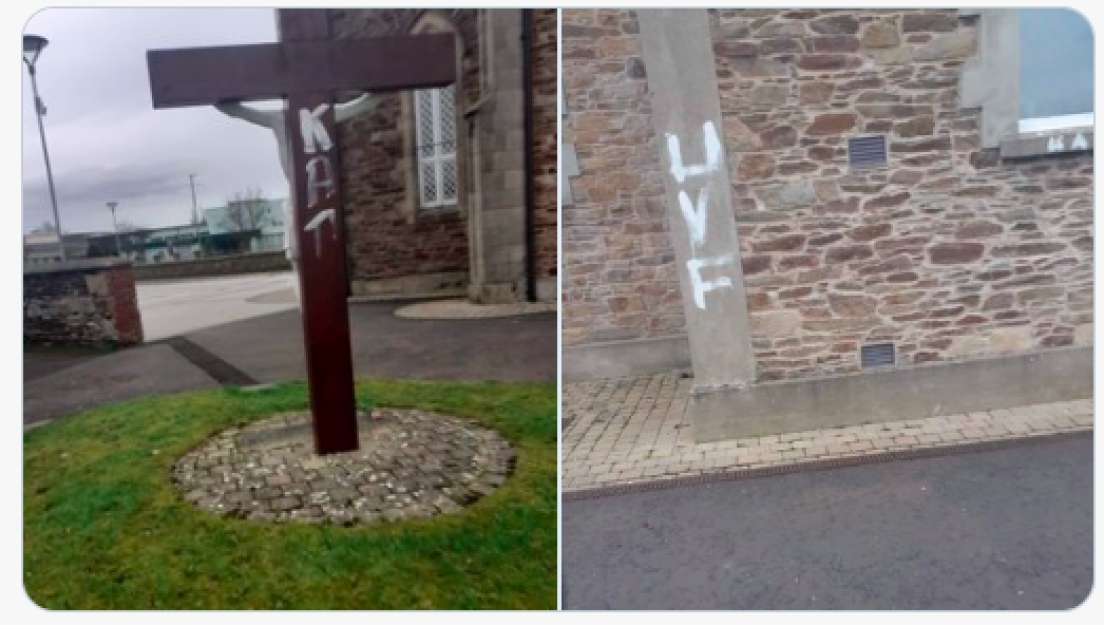 On January 31st, the St Mary's Church in Limavady was target of a hate crime. Vandals sprayed the acronyms "UVP" and "UFF" onto the church walls on Irish Green Street and moreover damaged a statue. The Ulster Freedom Fighter (UFF) is known to be a cover name for the Ulster Defence Association (UDA), an umbrella group of various loyalist groups. The UFF is suspected to have killed more than 250 people.

"No cause is served by such actions and I hope those responsible can be identified and brought to justice," Mrs Foster said in a tweet.

In a statement, DUP MP Gregory Campbell said it was "unacceptable" that a repeat attack had occurred at the church.

"Daubing sectarian graffiti on any church property is not just insulting but contributes to creating problems in local communities," said Mr Campbell.

He added: "While there is no apparent localised reason or recent precedent for this incident, I fear it may be linked to wider political tensions."