Repeated Paint Attacks by Pro-Choice Group on Church in Berlin 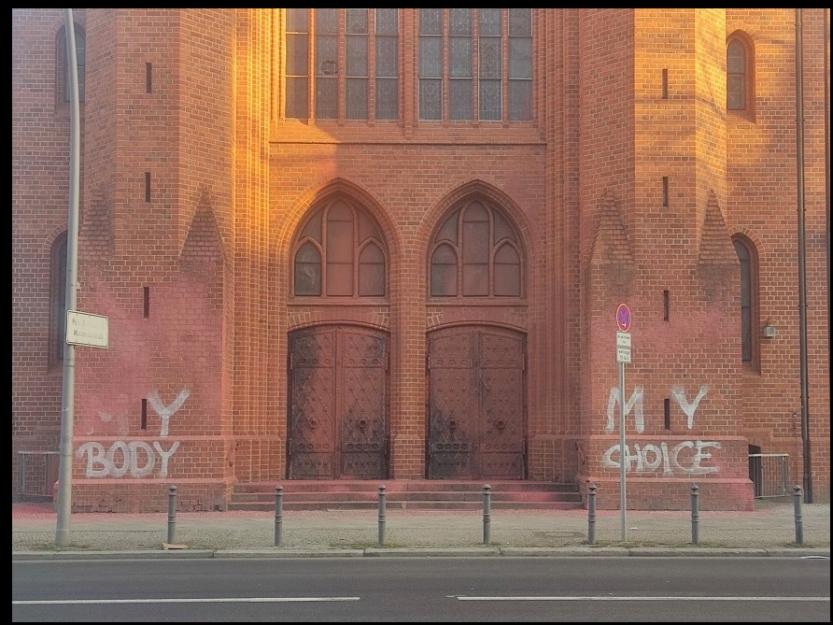 On the night of March 3rd, St Elisabeth's Church in Berlin-Schöneberg was attacked with paint for the third time by pro-choice activists. The perpetrators sprayed slogans with "My body, My choice" on the church walls to the right and left of the main portal. Although the perpetrators are not yet known, the attack is in line with two very similar attacks last year, after which there were letters of confession from a left-wing extremist pro-choice group. For this reason it is assumed that the same group is responsible for the crime occurring this year. The damage amounts to about 4000€, which the parish has to pay for itself. The police is investigating.

Last year, the perpetrators had also given a reason for the damage to the house of worship on the radical left website indymedia.org: The crime had been committed because of the Catholic Church's stance on the abortion issue as a whole and because "anti-abortionists" had met in the parish premises before the March for Life 2019. Since the attack is almost the same as the one a year ago, one can assume that it is also the same perpetrators, says Josef Wieneke the parrish priest.

The movement is becoming more aggressive

As the chairwoman of the German Right to Life Association, Alexandra Linder, emphasises in an interview with the "Tagespost", attacks on pro-life institutions and churches are increasing: "It was relatively quiet for a while, but now it's happening more often again, three, four times a year at least." Some places, such as Berlin or Saxony, are particularly affected. Mostly, however, the attacks depend on certain events, she said. "In Cologne, the Youth for Life showed the film 'Unplanned', so parts of the church buildings of St. Pantaleon were defaced. In Berlin, for example, it piles up when the March for Life approaches or certain anniversaries are coming up, like International Women's Day now," says Linder. Since not all attacks are reported to authorities, however, it is difficult to say how much the attacks are increasing. "But we observe that the scene is becoming more aggressive.