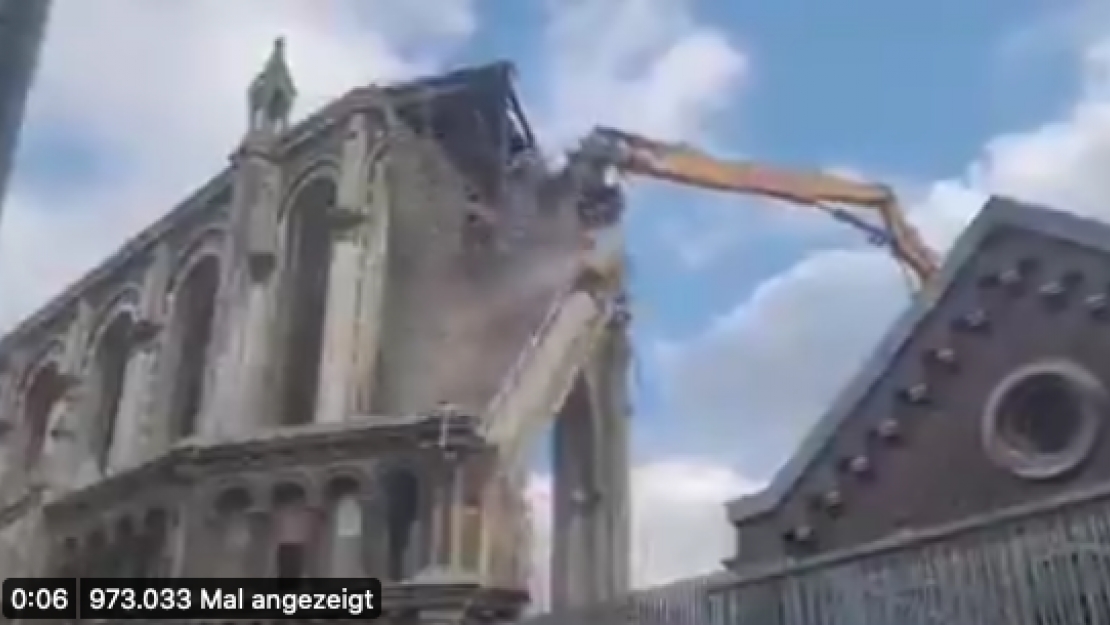 The chapel of the former Jesuit college Saint-Joseph in Lille, which dates back to the 19th century but was not classified as a historical monument, was demolished on 24 February. Previously, the association 'Urgences Patrimoine' had appealed against the decision before the Lille Administrative Court, but was not successful. The chapel is part of a complex that is to be completely redesigned as part of a campus project led by Junia, a major engineering school and member of the university. It envisages 40,000 m2 of teaching space, including 22,000 new rooms and an investment of almost 128 million euros. As part of this, the chapel, which is desanctified, had to be demolished.