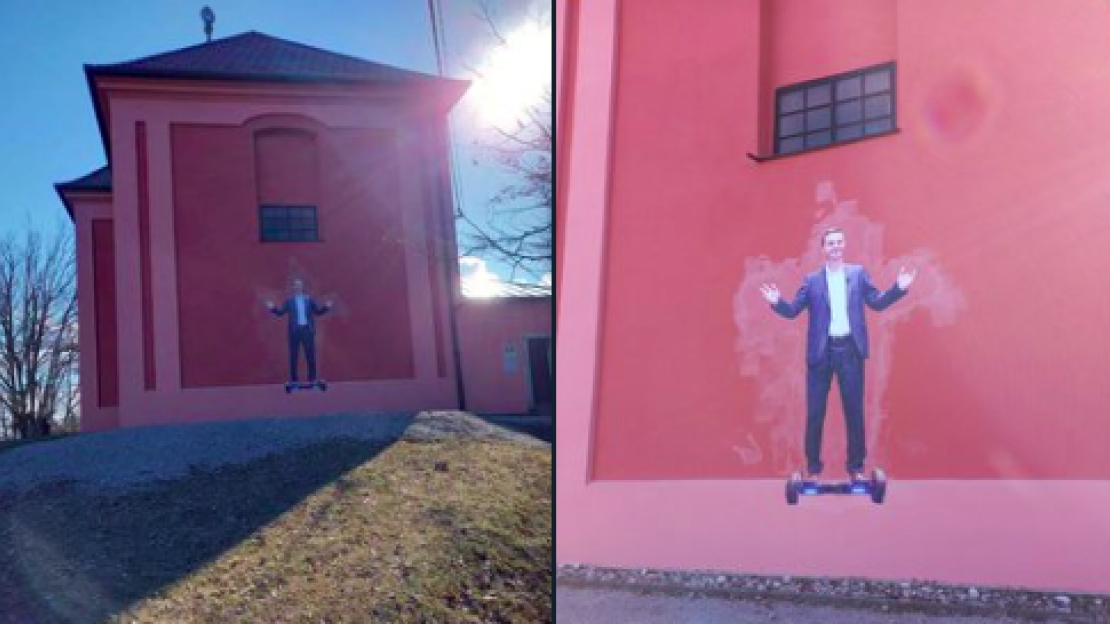 Vandals desecrated a Church in Rožnik with the picture of the Minister of defence Matej Tonin. The incident was reported to local authorities on 13 February 2021. Tonin describes the incident as a hate crime against Christians. The police are still investigating.

The perpetrators hung up the picture of Minister of Defence Matej Tonin on the wall of the Church of the Visitation of Mary in Rožnik in Slovakia. The Picture portrays Tonin on a Hoverboard, on which he opened an internal party event the previous year. Tonin himself described the act as "destruction of a cultural monument". The Party NSi, who Tonin a member and current leader of, published a Tweet stating that free speech should not be expressed by damaging cultural goods. In the Tweet, it is also mentioned that the national assembly is the right place to express one's views.

Tonin also describes this act as a hate campaign against the representative and the values of the NSi. "This is also one way to divide the country politically, instead of trying to unifying it", Tonin says: "The smear campaigns continue. Apparently our opponents have realised that they have gone too far with their peg crosses and demands for death. This is clearly a new approach, which I would only smile at if it were not about destroying foreign property and a cultural monument. Divisions, extremism and hate speech are already being manifested in vandalism. One step further and human lives will be at risk. We can only stop this madness together. The cure lies in tolerance, dialogue and cooperation. Let's close ranks for Slovenia, not against each other," Tonin wrote on Twitter.

The police are currently investigating the case.