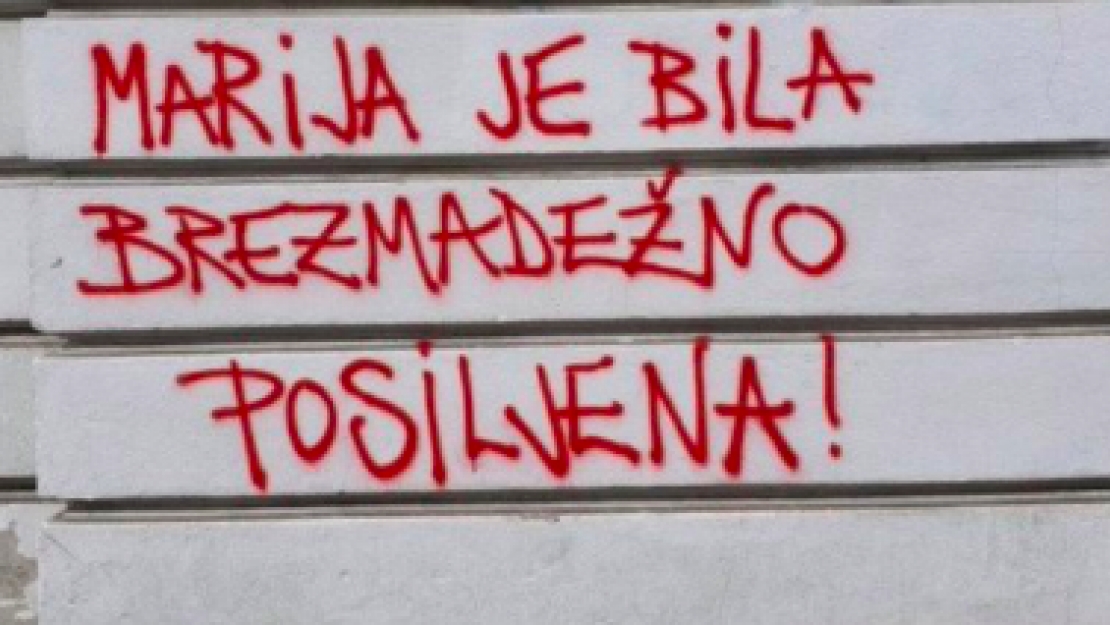 A group of LGBT activists is said to have graffitied a Churchwall insulting the Virgin Mary. The occurrence happened on 12 March, at the Franciscan Church at the Prešeren square in Ljubljana. The vandals accused God of raping the Virgin Mary. The Spokesperson of the Slovanian Episcopal Conference Dr Tadej Jakopič said in a statement that they do not tolerate any form of intolerance and defamation of churches and requested the authorities to investigate in that case and to take appropriate action.

On 12 of March 2021, the church at the Prešeren square has again turned into the scene of an anti-christian attack. It is the third attack on a church in Ljubljana since December 2020. A group of LGBT+ activists is thought to have graphitised "Maria has been blamelessly raped" on the wall that connects the church to a pharmacy. Politician Zmago Jelinčič also reacted to the occurrence by posting a tweet declaring that although he is not a religious person, this action committed by LGBT+ activists went beyond all good and evil.

Dr Tadej Jakopič also remembered other cases of desecration and vandalism of churches and desecrated objects. Like the colour ballon attack on the fresco at the cathedral, the inappropriate painting on the façade at Trnovo church in November and the cathedral in December of 2020 in Ljubljana. He also pointed out that politicians have been using incendiary rhetoric in public speeches. The status of the investigation is so far unknown.