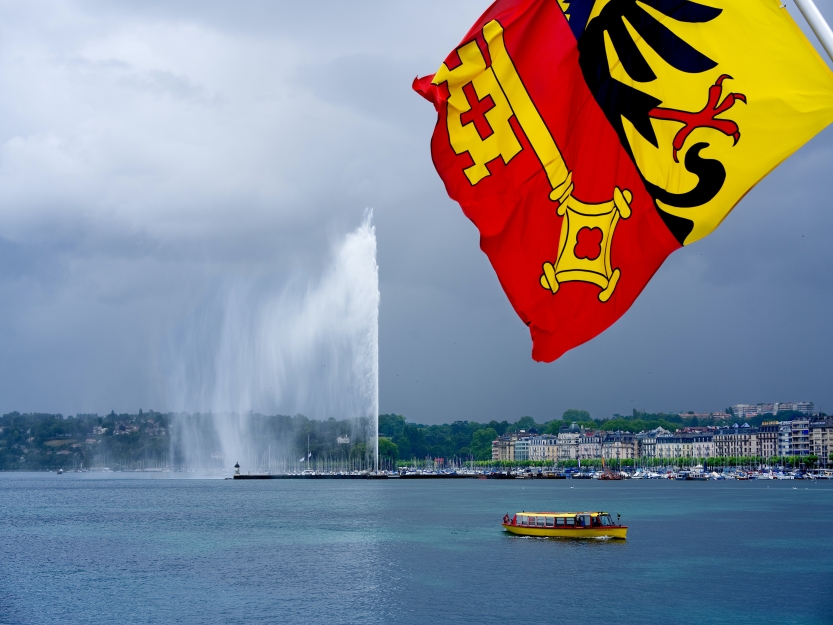 A swiss Court in Geneva ruled the ban of public worship as unlawful. As safety precautions regarding the spreading of COVID-19, Geneva banned religious services and events except for funerals and weddings with restricted capacity. Although religious gatherings were banned, public gatherings were still allowed to take place. Dr Sommeruga, who was assisted by ADF International took the ban to Court. He is "delighted to celebrate this win for religious freedom".

The Swiss Constitutional Chamber in Geneva ruled the total ban of religious services and events to be unlawful in May 2021. The Court reasoned in its judgement that the ban was disproportionate given that public gatherings were still allowed to take place. Adding that less restrictive measures would have been possible while guarding public health.

Medical Doctor Samuel Sommaruga, who filed the lawsuit said "I’m delighted to celebrate this win for religious freedom alongside ADF International today. Restrictions on fundamental rights must always be proportionate and proven to be truly necessary. Given that other public gatherings were still permitted, but not religious ones, it was clear that this restriction was disproportionate – it targeted religious groups in a discriminatory way.”

“While it was crucial to care for the physical and mental health of the people of Switzerland during the pandemic, care for spiritual health is essential too. The courts have now recognized that the disproportionate ban on public worship was a violation of fundamental rights. I’m overjoyed that this decision will ensure that church doors are kept open in future at times of crisis when the church is needed most,” he added.

Christian and Jewish communities supported the lawsuit. The regulation of banning religious services and events has been a part of Geneva's plan of action towards COVID-19.

It contained a ban on public worship and religious services and events, except for funerals and weddings. Those were only allowed to take place with a restricted number of attendees.  While this was the regulation for religious gatherings, any other form of gathering in public like demonstrations or professional choir practices were still allowed to take place without further restrictions.

The Geneva-based lawyer Steve Alder, who was responsible for filing the case in the Court said: “Switzerland has a good track record in protecting the religious freedom of its citizens. It is a poster child of democracy and human rights. This had made it all the more worrying to see a total ban on all religious gatherings and events in such a drastic form. It was one of the broadest bans of its kind in Switzerland and most of Europe where similar bans have been successfully challenged. Enforcing it was a violation of the right to freedom of religion as protected in the Swiss Constitution and by international human rights standards. It disproportionately targeted religious groups’ activities over commercial activities. That’s why I’m delighted to see Geneva’s Constitutional Chamber take this strong stand on protecting the human right to religious freedom, which will steer local authorities to respect the rights of faith communities in future”.

ADF International's Legal Counsel Jennifer Lea said, “We celebrate this decision because the court has recognized that which the authorities did not – that freedom of religion and belief is a human right to be afforded the highest protection. In declaring the ban to be unlawful, the court helps ensure that people of faith will never again have their rights erased in this way." She added, " We congratulate Dr Samuel Sommaruga and all others involved for having the courage to take this necessary challenge forward, and securing protection for churches across Switzerland for the future.”

The decision taken by the Genevan Court bears hope that the "Let Us Worship" campaign launched by ADF International, a global human rights group with offices across the globe, will also be successful in Ireland. Where the Irish government banned religious gatherings and services until Sunday, May 10 2021. ADF International is also supporting Irish businessman Declan Ganley in a legal challenge to revoke the Irish ban.

After seeing the Genevan Court ruling their ban as unlawful it is hoped that the Irish courts will follow this growing trend of re-affirming the amended fundamental right to religious freedom and consequently ensuring that church services continue enabled in future times of crisis.

Lorcán Price, Irish barrister and Legal Counsel for ADF International stated: “There is no clear reason as to why the Irish government prevented places of worship from opening for so long. Other European countries allowed religious worship to continue with safety precautions which protect both the public at religious services and the wider community. In Scotland and in Switzerland, we saw the same disproportionate measures struck down by the court as unlawful. Religious freedom is a fundamental human right, protected by the Irish Constitution, and it is vital that the Irish government recognise this”.

He added “Irish people of faith were deprived of worship, of the sacraments, and of the hope that the church can offer at a time when they were most needed – at a time of crisis. The Irish government must show that it understands that communal worship is essential for many Irish people, and commit to never again imposing such a draconian ban”

ADF International has launched a public letter to Micheál Martin TD, the Prime Minister of Ireland, requesting respect for religious freedom, while also inviting him to recognise that churches are essential to society. Therefore, public worship should never again be disproportionately banned. To support the case in Ireland the open letter is accessible at www.letusworhsip.global/ireland