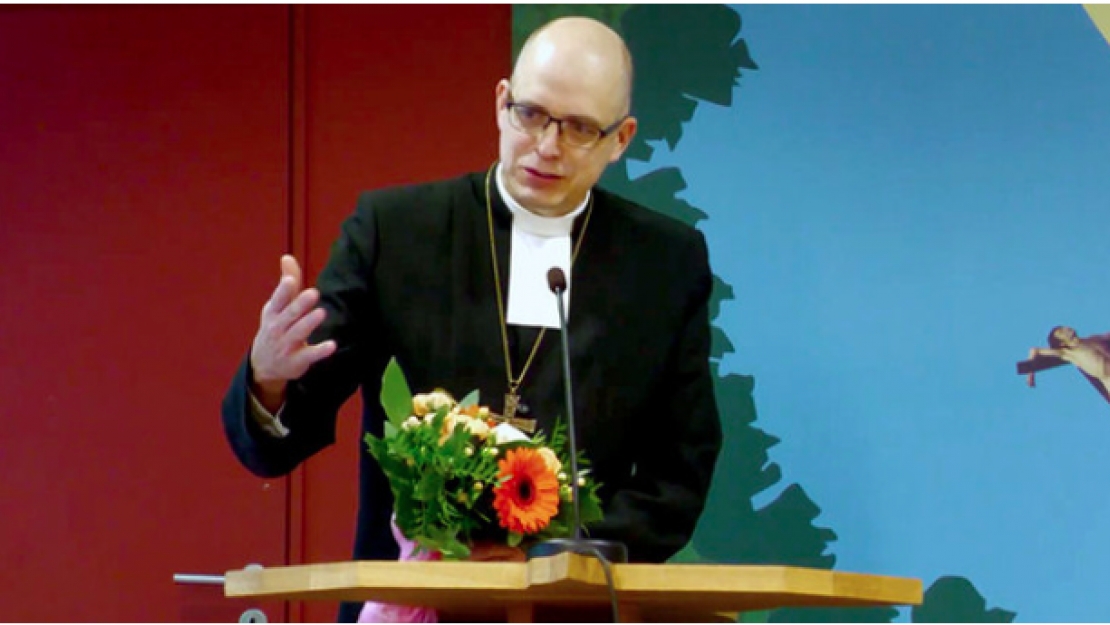 The designated bishop of the Evangelical Lutheran Mission Diocese of Finland, Dr Juhana Pohjola, has been charged for 'incitement to hate speech against a certain group of people' by the Finnish Attorney General's Office. Similarly to the case of Finnish MP Päivi Räsänen, the reason for the charges placed against Dr Pohjola is his editorship of a booklet published by the Luther Foundation Finland (ELMDF) in 2004 and written by Räsänen. Beforehand, all charges have been dropped by the Helsinki Police because they could not identify any broken law by the booklet since same-sex marriage was only legalised in Finland in 2017.

The brochure deals with the traditional Christian views on human sexuality and with Christian teachings on the same. In the pamphlet, practised homosexuality is described as a sin, as said in the Bible.

In response to the charges brought up against him, Pohjola defended the biblical view on homosexual relationships and marriage. However, emphasizing that every human being is equally valuable, for being created by God and redeemed by Christ.

Pohjola stated, “This does not remove the fact that, according to the Bible and the Christian conception of man, homosexual relations are against the will of God, and marriage is intended only between a man and a woman. This is what the Christian church has always taught and will always teach.”

Despite the Helsinki police having dropped all criminal proceedings against Räsänen, Pohjola and their publisher ELMDF after a preliminary investigation, the International Lutheran Council expressed concerns about the criminal proceedings and filed charges. The International Lutheran Council is the second-largest federation of Lutheran churches. They labelled the utterances as a worldwide scandal.

Priest Dr Timothy Quill, the Council's General Secretary commented, "If the authorities are willing to do this to a respected pastor and bishop-elect, as well as a former minister of the interior who still sits in parliament, it sends a message of fear and intimidation to all those in Finnland who follow the teaching of Scripture on human sexuality". He wishes Finland to show solidarity with the accused and a manifestation of outrage, embedded in Christ's command: "Love your enemies and pray for those who persecute you."

In a statement, accused Pohjola commented: “This decision of the prosecutor general says a lot about our time, while I am concerned about the state of religious freedom in our country, I trust that the judiciary will make the right decision.” The charge has yet to be made official by a court.

On 10 November the bishop attended “The Federalist Radio Hour,” where he joined Executive Editor Joy Pullmann in the Hillsdale College Kirby Center studio to discuss his experience being prosecuted in Finland under hate crime laws after stating Biblical truths about the distinctions between males and females. He was somehow relieve to found support even among those who do not share his views: “There are some positive signs even from non-Christians who are very supportive for us. [They say,] ‘I don’t agree at all with you, with your Christian views and your arguments, but this is a question of freedom of speech, and we totally 300 percent support you,'” Pohjola said.