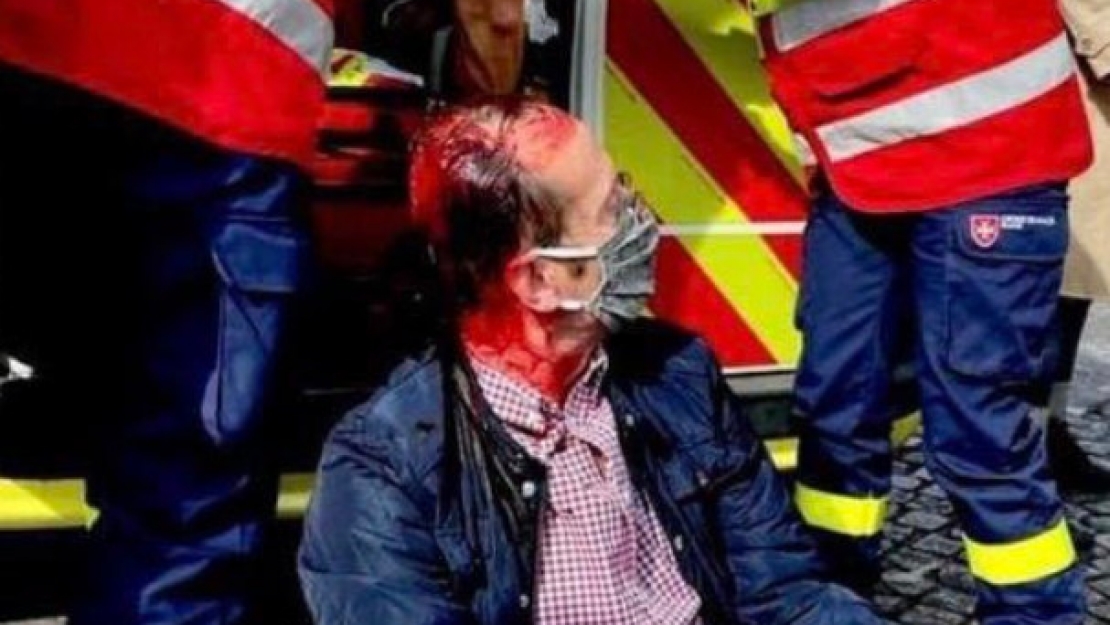 On 30 May, a public Catholic procession in Paris, commemorating the city’s 19th-century martyrs, was violently attacked by several radical left groups. From the beginning on the procession was accompanied by interruptive whistling and booing. Soon the verbal attacks became physically violent. Flags were torn down and even heavy object thrown at them. The perpetrators also started to kick and punch participants of the procession, one elderly man was knocked to the ground suffering serious head injuries that needed to be stitched. The procession was then blocked by around 50 demonstrators and the police asked the believers to take refuge in a near by church until the situation was under control again. The police are investigating.

"At first it was people sitting on the terraces, walkers, nothing too nasty," the organiser reported. "We are of good character, we let it pass". But in front of the Père Lachaise cemetery, the tension highented when the procession was interrupted by  "communard demonstrators", carrying red flags, who tried to cover the chanting of the faithful with threatening slogans: "Everyone hates the Versaillais! Death to the fascists!" Quickly the situation started to develope into a very aggressive and hostile atmosphere. "We thought we were going back 150 years, it's surreal," said the organiser.

The prosession and its participants were attacked again only few hundered meters later by a violent group of youth. "They clearly wanted to fight, they were antifas," the organiser said. "They tore the banners out of our hands, knocked down the flag of the Souvenir français, trampled on it and punched the parishioners," the organiser said. "They threw rubbish bins at us, bottles, even wire fences.

The procession was only guarded by a few security guards provided by the diocese and the Order of Malta and one police officer, who were quickly outnumbered and by the attackers. "There are never any problems during Catholic processions, which probably explains the low number of police officers provided by the prefecture," said Alexandra Kozak, a local parishioner.

After taking refuge in a nearby chruch to end the spiral of violence the organiser stated: "We waited and prayed until the police pulled us out," he also spoke of children and mothers "in shock".

Karine Dalle, the spokesperson for Paris archdiocese, told Famille Chrétienne that the incident was “surreal.” “It is purely gratuitous violence, it is sad to see, 150 years after the Commune, that some people exploit a simple peaceful commemoration, especially since this procession had no protest dimension.”

Archbishop Michel Aupetit deplored May 30 the “anger, contempt and violence” directed at the group of around 300 Catholics, including children and elderly people, taking part in the “March of the Martyrs.” Aupetit lamented the attacks in Paris. “We are troubled that what we preach -- a God of love -- can arouse so much hatred, so much anger,” he said. “Last night, here, there was a demonstration of anger, contempt, and violence.”

He further stated: “The Lord promised us that there would be violence, not because we ourselves are violent beings, but by reminding us of what our brothers here, the hostages in question, have experienced, who, according to the reports we have read, have never shown anger in the face of anger, hatred in the face of hatred, but on the contrary, a peaceful and forgiving heart.”

Interior Minister Gérald Darmanin also responded to the attacks on Twitter stating: "Yesterday, in Paris, Catholics were attacked by violent individuals on the sidelines of a procession. Freedom of worship must be exercised in complete serenity in our country. Our thoughts are with the Catholics of France."