Fined Overturned for Christian Volunteer Who Helped Homeless During Pandemic 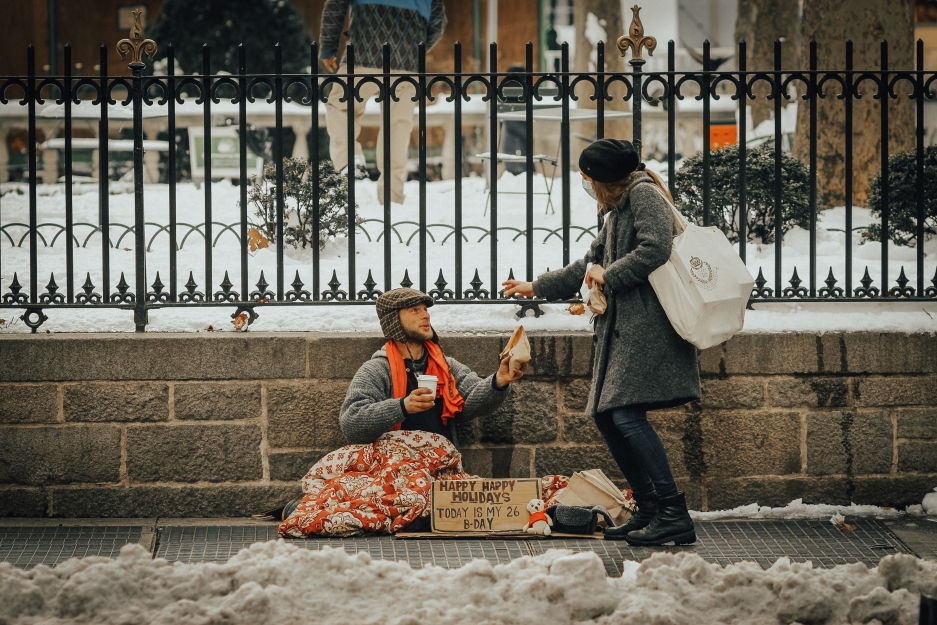 56-year-old Christian volunteer Jan Niedojadlo was fined £60 by Police officers in April 2020 for preaching the gospel and helping homeless people to get food during the Covid 19 lockdown. Despite proving that he was allowed to perform the volunteer service, a police officer gave 'him a ticket' on the ground of him 'being away from home without a valid reason under Covid regulations'. Mr Niedojadlo's case came to court after a group of MPs on the Joint Committee on Human Rights called for all covid fines issued during the pandemic - a total of 85,000 - to be reviewed. The Crown Prosecution Service (CPS) has now ruled in favour of Mr Niedojadlo.

Avon and Somerset Police officers fined Jan Niedojadlo from Taunton in early April 2020. The 56-year-old was volunteering for the Christian organisation Lord's Kitchen in Taunton.

According to a list published by the government regarding covid regulations, "charities and workers delivering key frontline services" were permitted to be on duty. Under that belief, the Christian volunteer went to the town centre to help homeless people and provide support for those in need. He intended to pray with them and provide a message of hope.

He stated, "the whole purpose of me being out on the streets was to bring hope to the homeless. In April 2020 when the whole country was being told to 'stay at home to save lives', the lives of the homeless were especially in danger and were forgotten."

A community support officer on duty approached the man and asked him why he was outside during the lockdown. Although he provided proof of his voluntary service for a Christian organisation, the officer threatened him with a 'ticket' if he would not leave immediately.

Shortly after two police officers arrived and gave him a fixed penalty notice, although he provided the document prooving his voluntary charity service. The Police stated that he was charged for 'being away from home without a valid reason under Covid regulations'.

More than a year later, key witness, Karen King, the organiser of the Lord's Kitchen confirmed in court that Jan Niedojadlo was indeed allowed to operate outside during April 2020 since Mr Niedojadlo was a part of the team delivering voluntary service at the time.

"There are significant issues with homelessness in the Taunton area and the support I and we were providing was a lifeline at an extremely difficult time", he added.

Niedojadlos' case has been supported by the Christian Legal Centre. The case was brought to court after a group of MPs on the Joint Committee on Human Rights called for the 85,000 covid fines issued during the pandemic to be reviewed.

Dr Martin Parsons provided an expert witness report concluding that the case might represent a "significant conflict" between the aspect of freedom of religion in the sight of its development in British constitutional history and the interpretation of current Coronavirus regulation by the Police of Avon and Somerset.

After the Crown Prosecution Service (CPS) dropped the case, Mr Niedojadlo said: "I am relieved that the court has seen sense, but the case should never have got this far."

He additionally stated: "The attitude of the community support officer and the police towards me was unbelievably hostile and dismissive. I was treated like a nuisance. There was a lack of respect, humanity and understanding of what Christian outreach and preaching is and why it is important. I hope my case will serve to help others, who may have been treated similarly, to contest any fines they have received and not to be intimidated into silence and inaction."